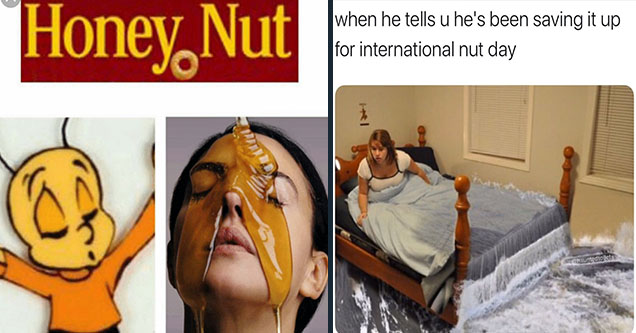 Did you know that October 22nd has been designated as #NationalNutDay? Liberation Foods Company, a UK-based provider of fair-trade nuts, first established the date as a way to raise awareness about sustainably sourced nuts back in 2015. The holiday quickly gained popularity - I guess you could say people went nuts for it - and today it's celebrated globally.

Of course, we all know that the word "nut" has a whole other meaning in slang, so you know #NationalNutDay was gonna get some pretty ridiculous tweets and memes around it, so let's take a look at some of the best ones.

Naturally, not everyone's mind was in the gutter - Planters mascot Mr. Peanut and the Peanut and Tree Nut Processors Association (PTNPA) were obviously among the people that took the day somewhat seriously: 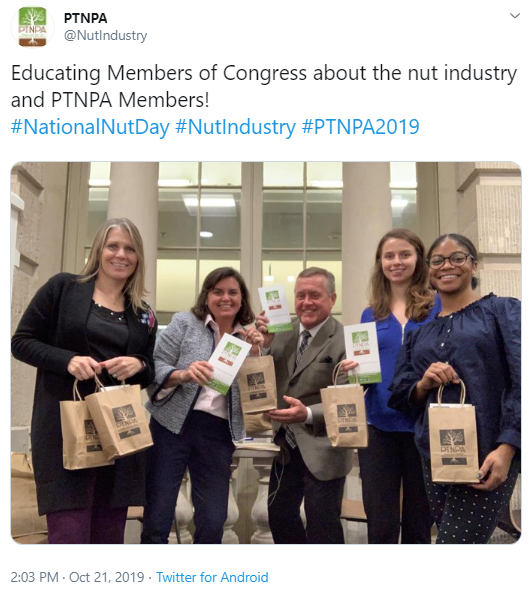 Nuts are healthiest in their raw form. They are excellent sources of vitamins E and B2 and are rich in protein, folate, fibre and essential minerals pic.twitter.com/4xyFR9nxZC 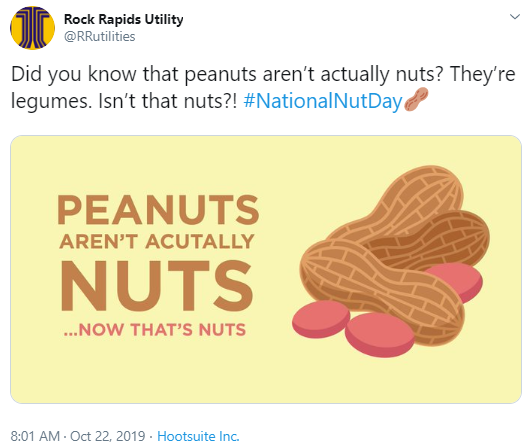 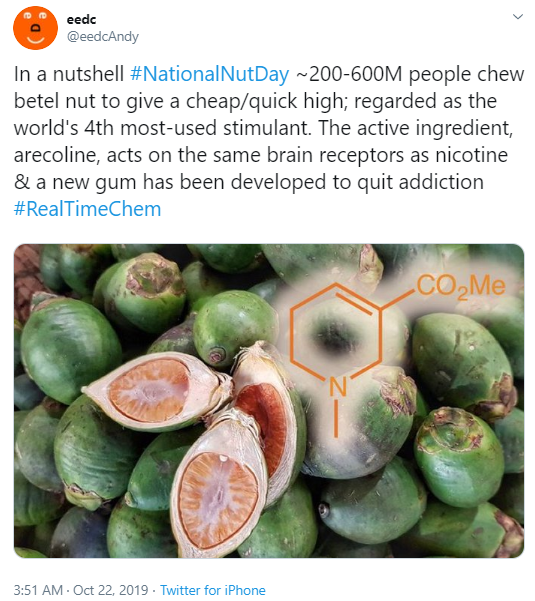 sneaks up on ya every year!
Happy #NationalNutDay #GoBucks pic.twitter.com/uc4KshPj66

That said, this is the internet. We didn't come here to see adults acting their age and maturely discussing facts about nuts - we're obviously here for the d**k jokes, of which there were PLENTY: 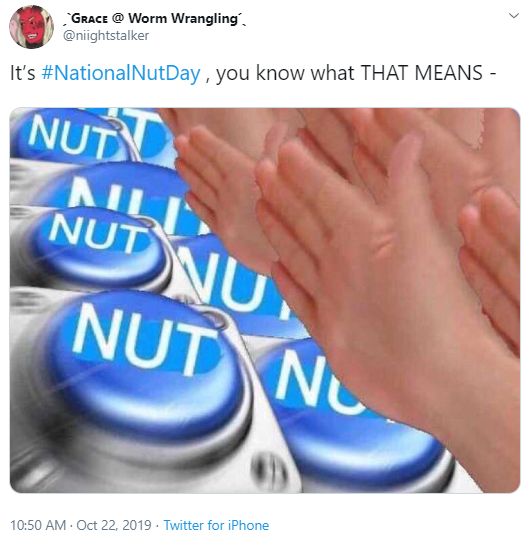 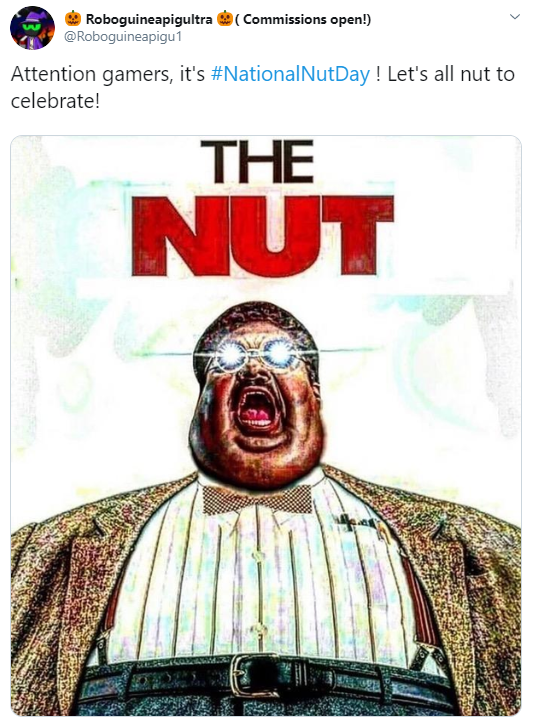 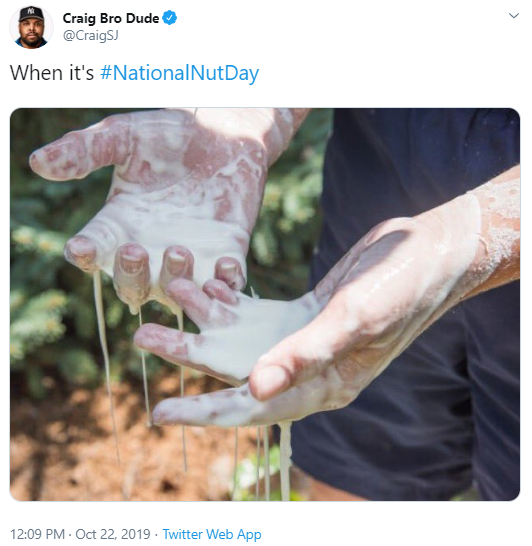 Along with tweets, there were also some pretty dank memes: 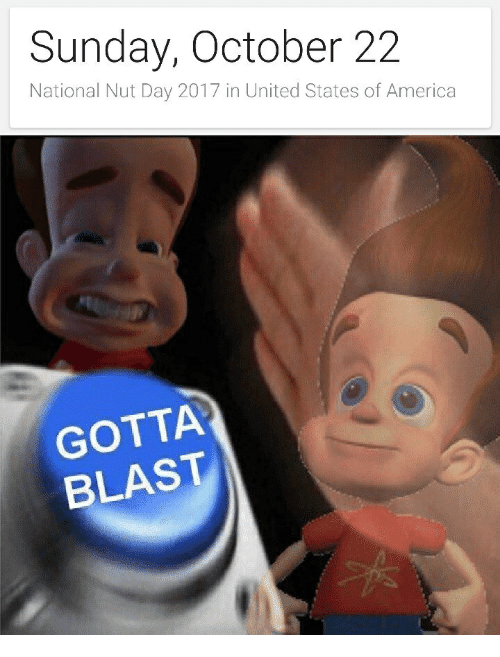 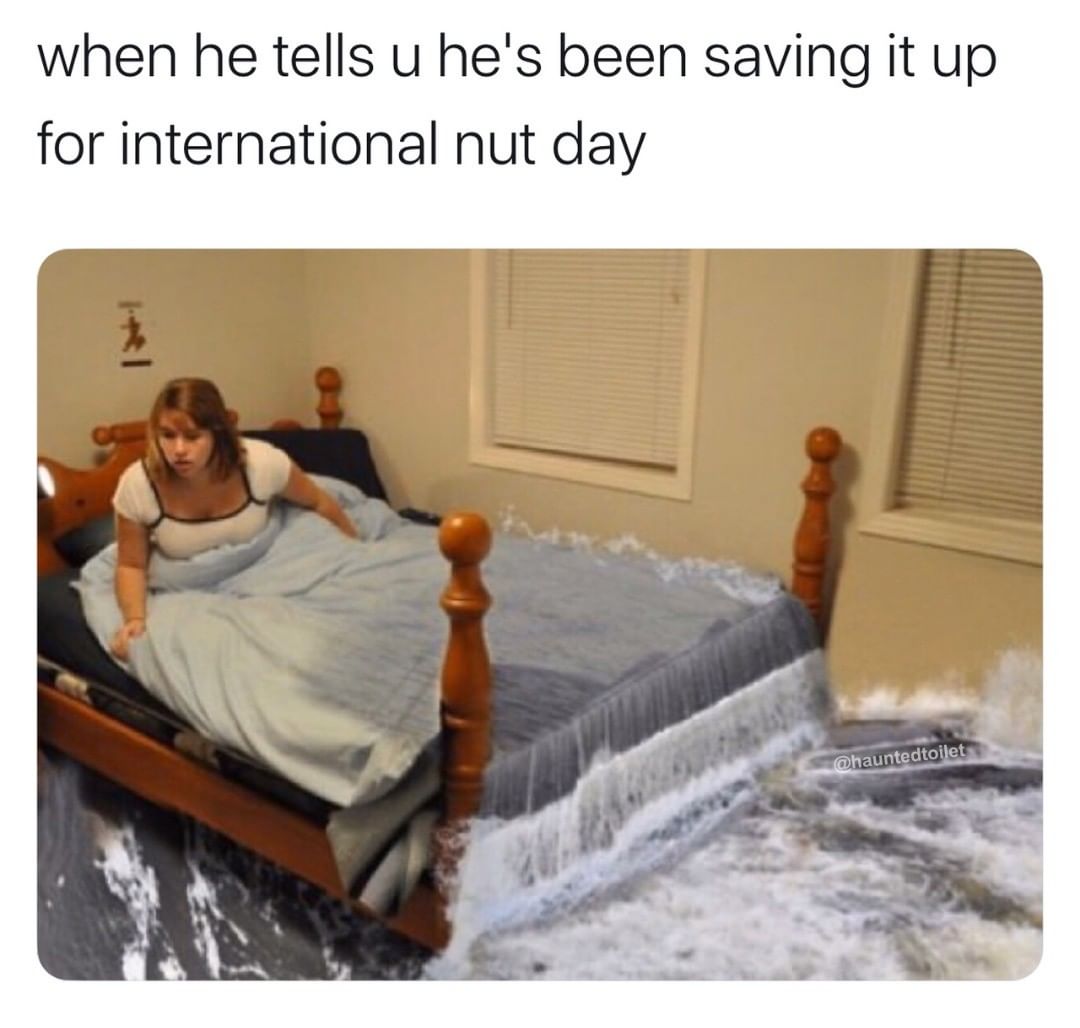 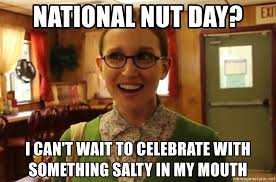 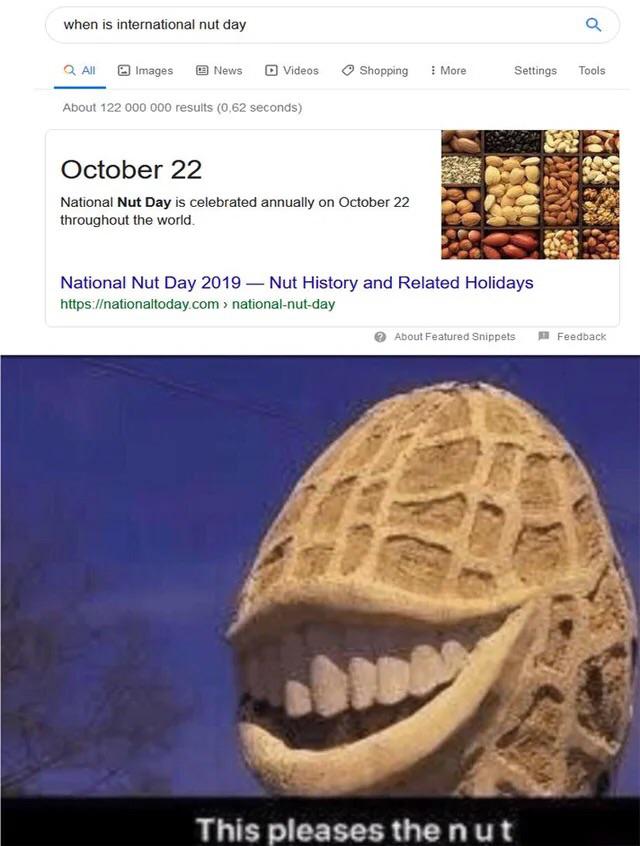 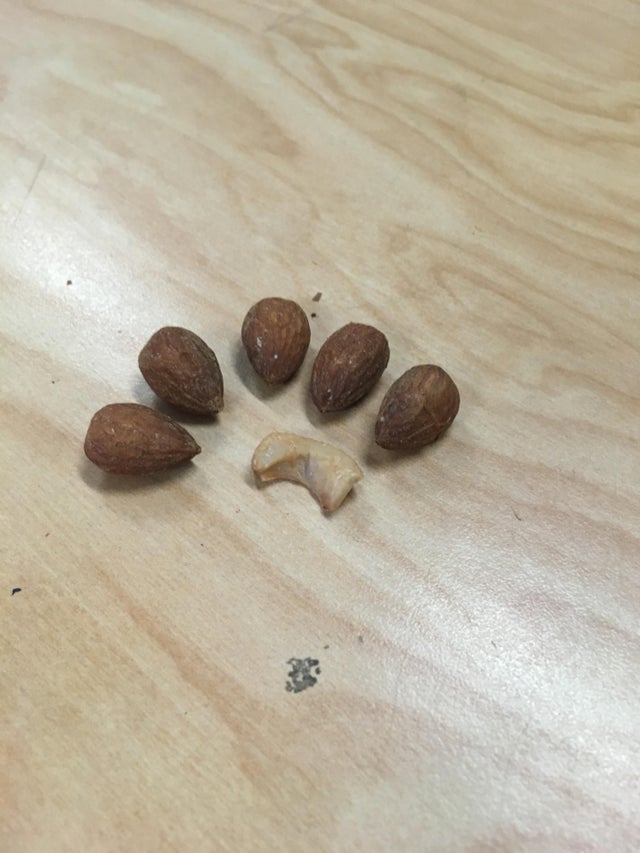 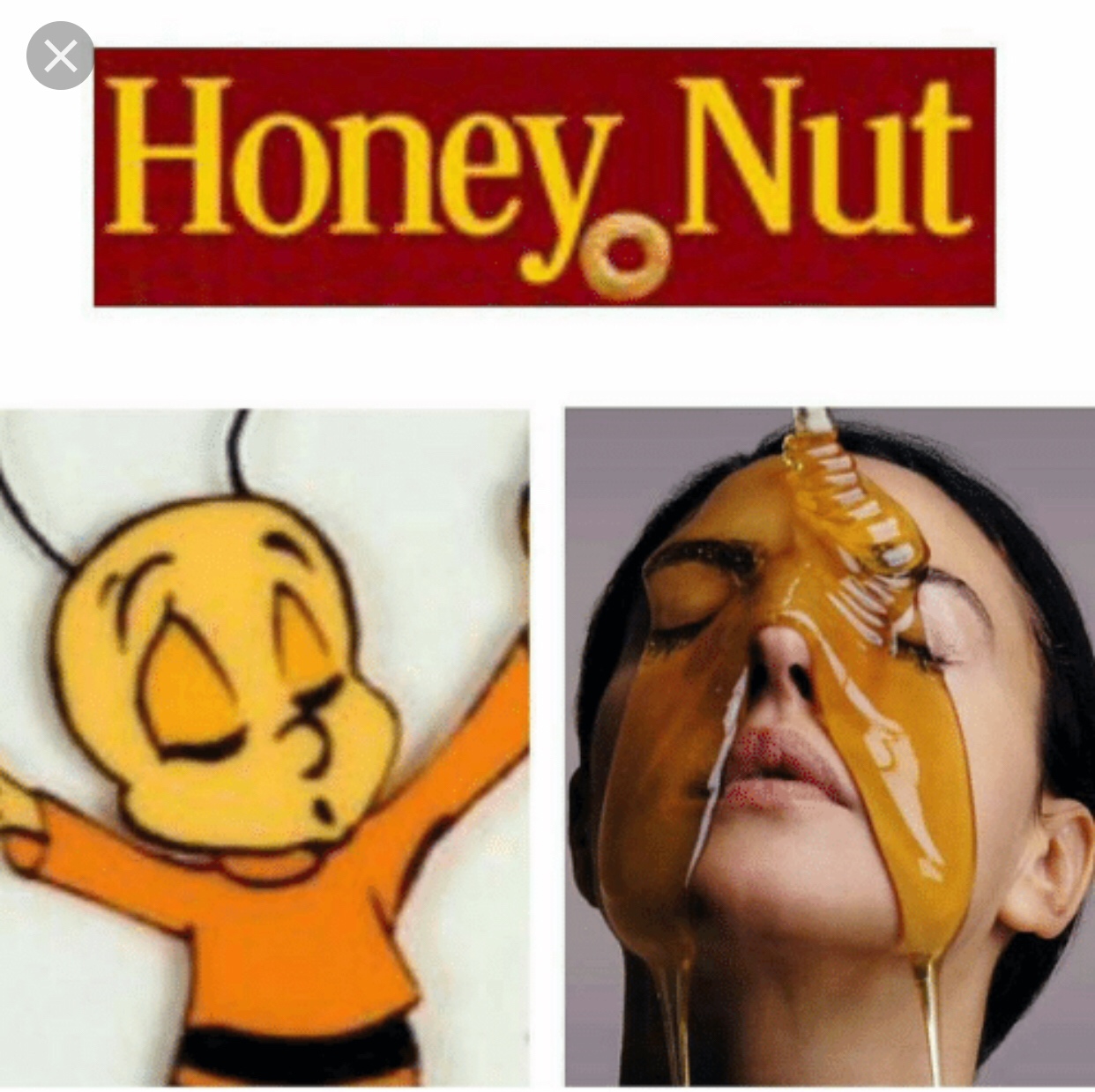 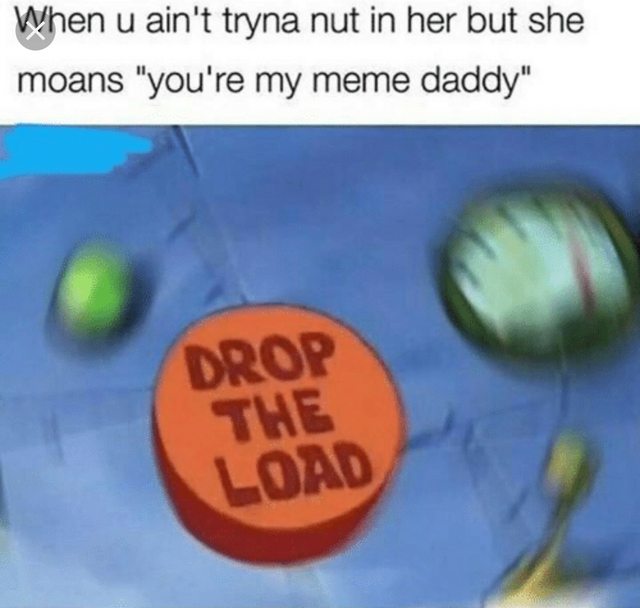 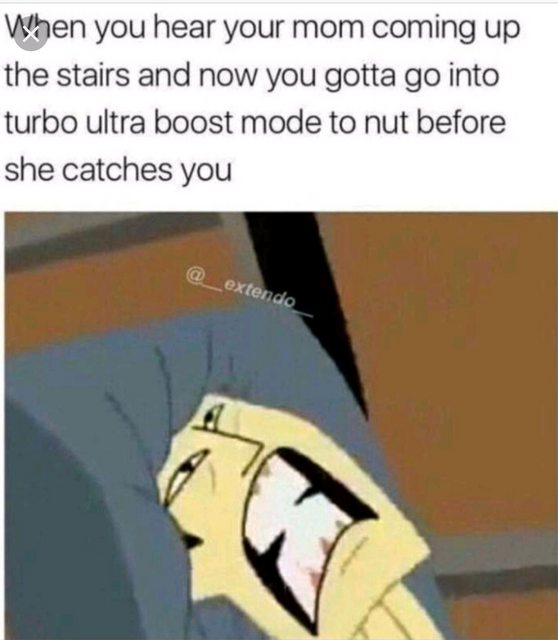 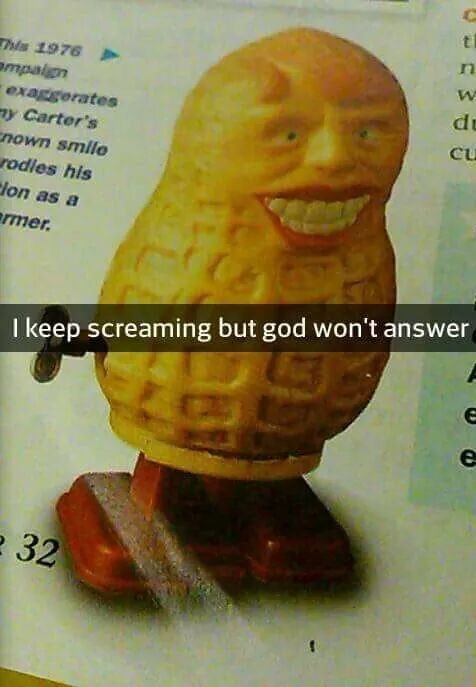 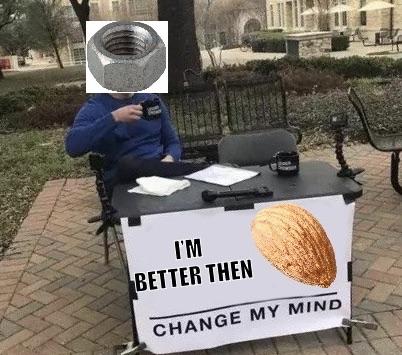 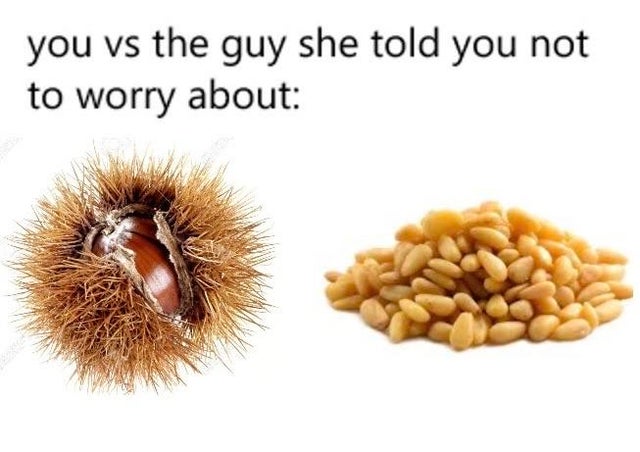 Perhaps the single funniest thing about Nut Day, though? 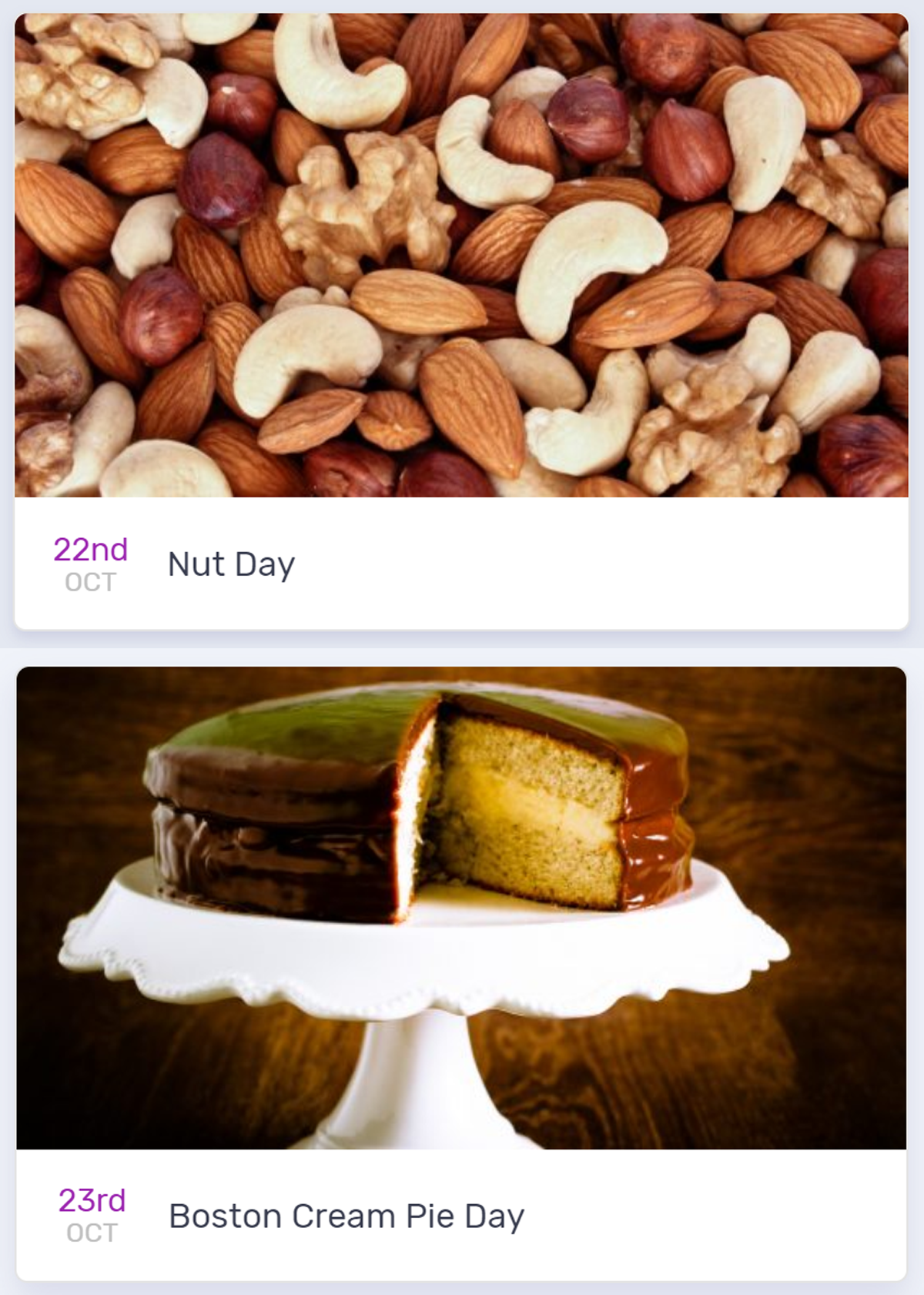 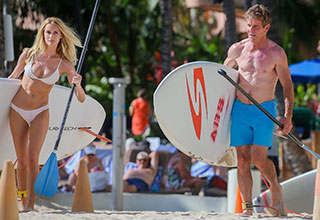