That feeling when you meet one of your childhood heroes and they turn out to be every bit as cool, if not more than you always thought they'd be. Such was the case with punk rocker, country musician, singer/songwriter, and podcast extraordinaire, Jaret Reddick. If you don't know the name you probably recognize his band, Bowling for Soup.

EBW: So we read that Bowling for Soup, the name was actually inspired by a Steve Martin sketch. Is that correct?

JARET: That's right, yeah. He's writing a book called 'Bowling for Shit.' And so that was sort of the working title. We were all big standup comedy fans, especially me and our original drummer, Lance. I speak movie quote, I speak standup comedian. I'll say something ridiculous at least once a day, my wife will go, "What's that from again?"

EBW: What was your favorite part about being at the forefront of pop punk? And then on top of it with the Grammy nomination for 'Girl All the Bad Guys Want.'

JARET: Fortunately for us, we never really oversaturated people. And I also don't feel like there was a real dramatic fall for us by the time we got to pop punk being nostalgia.

Most of us really weren't from where it all started. New Found Glory is from Florida, we're from Texas, SUM's from Canada. And those California bands had such an advantage cuz there were bands that sounded like them where they lived. I don't really think it registered for us that we were part of a whole movement until later in life. 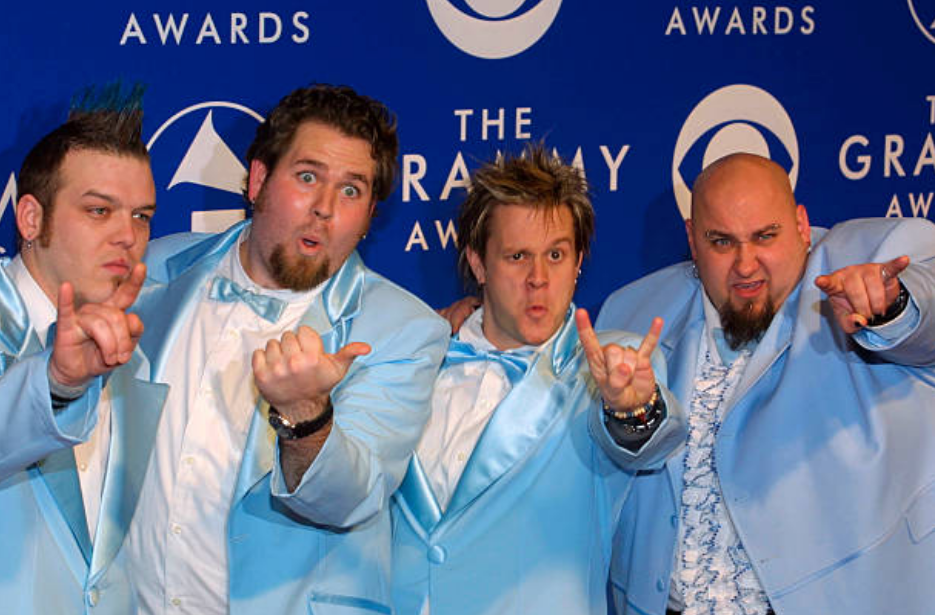 But yeah, the Grammy thing was huge. I mean the Grammy thing was kind of where you could tell your grandparents about it and they like finally were like "Okay. So this thing you do, it's an actual thing." And then the other aspect of the Grammy is it's like a doctorate, like we're never not gonna be Grammy-nominated Bowling for Soup.

EBW: So you're from a small town. In Texas, did you guys have "The Scene?"

JARET: No, we didn't. I mean, Dallas had a music scene, but it wasn't like what there was in Seattle or LA. We actually got our biggest breaks from opening up for rap rock bands that kind of came off the whole Limp Bizkit thing because they thought we were funny. We compare careers with Less Than Jake a lot. We're very similar.

EBW: I love it. So what do you think of the industry right now? You guys started in '94, so with streaming services how do you feel about that?

JARET: It's interesting to try to navigate. And there's no real answer. I'm actually in a conversation with my management right now of like, I've got all this stuff that's just stacked up. Let's put this stuff out. They're like "Well, we need to make sure that we do all this right." And I'm not really sure that we live in a world where we need to wait anymore. Just put that sh*t out. We come from a world of albums and I don't necessarily think that the album is the best way for bands to exist anymore. I think singles and EPs make much more sense because of attention spans. I like streaming stuff. I like the Spotifys of the world.

EBW: Now you're sort of a mini celebrity even outside of Bowling for Soup. How did you land the 'Phineas and Ferb' theme song? Was there an audition process for Disney?

JARET: We had already done 'Jimmy Neutron.' So we sort of had that in our back pocket. The 'Phineas and Ferb' guys, Dan and Swampy created the show and they knew that they wanted Bowling for Soup. So I got to see episodes of the show really early. We really hit it off. Those guys and I still stay in touch. And it's been a big deal for Bowling for Soup. It's still in our live show every night and people just absolutely go nuts.

EBW: I can imagine just being in a crowd with that.

JARET: People circle-pitting to a song written for a children's show.

EBW: That writing process - I'm sure you had some restrictions - but was that all you guys?

JARET: They had the 30 second song written, but they wanted it written into a two and a half to three minute radio single. I wrote most of it in the limo on the way back to my hotel. Not my limo, Disney's limo.

EBW: So you have multiple side projects, you've done 'Phineas and Ferb.' You are also the voice of Chuck E. Cheese. Is that the weirdest gig you've ever had? 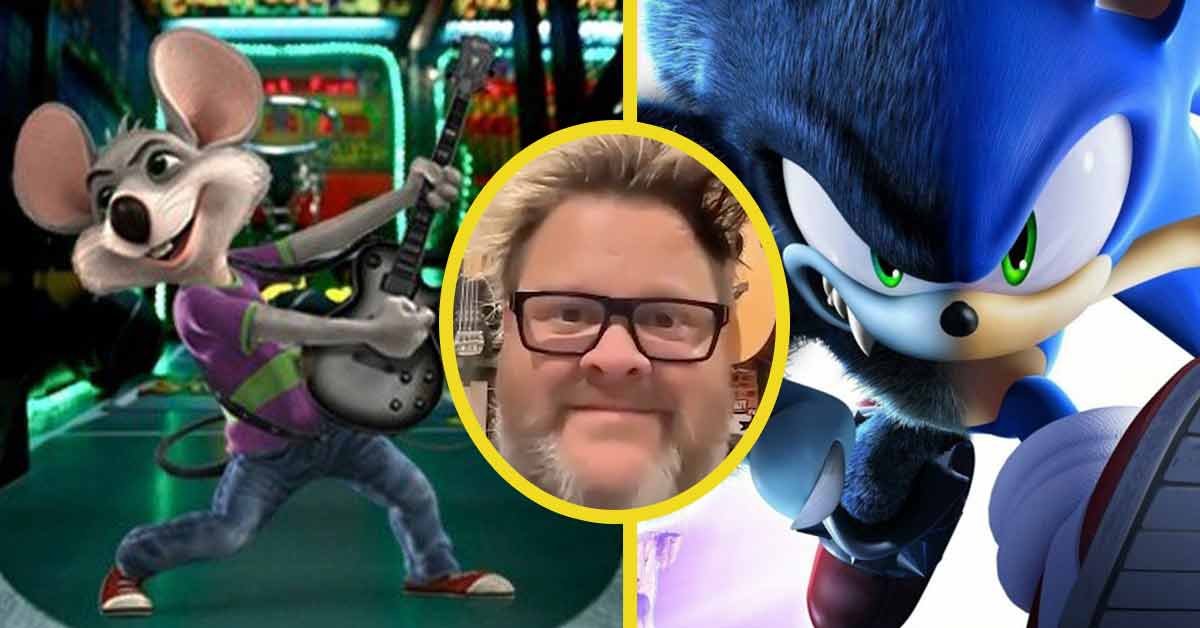 I was doing improv comedy in Dallas, and the guy who got the account to be the new advertising and to rebrand Chuck E. Cheese, he pitched me and made a reel. I basically went into what I thought was the audition and I was already working. The same thing happened with 'Sonic the Hedgehog.' The song that I did for them is huge.

EBW: It's almost like it's a testament to your talent, first of all, but like right place, right time.

JARET: I'm really lucky that I have the bandmates that have allowed me to do what I want to do. I just like creating things. I love making people smile. I like putting out things into the world.

EBW: Speaking of creating, you have a country album out now. My mom had me grow up on country music. It was Alan Jackson, Brooks and Dunn, and George Strait. Then high school, I switch over to all this pop punk emo stuff. So I feel like we're a little bit of kindred spirits here. 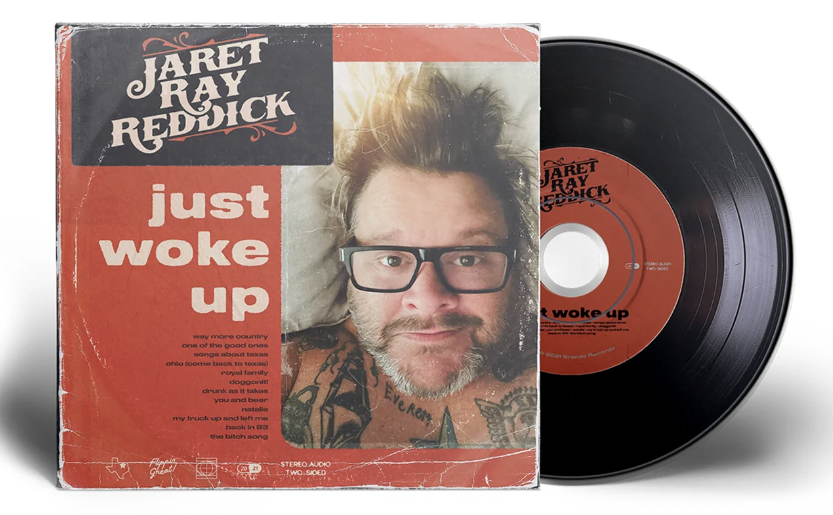 JARET: It's a real easy transition. I've said this so much because the album came out in March, I've done a lot of press on it. They're the same thing. Like it's all simple arrangements. Simple chords, verse, chorus, verse, chorus, either a bridge or a guitar solo. Chorus, out.

I've always had a passion for country. And my friend Zach Maloy who was in a band called The Nixons, and he's a songwriter in Nashville really just kind of lit the fire and said "Dude, we gotta do this."

EBW: So the album is called 'Just Woke Up' and to your point, you actually have some original Bowling for Soup songs on there that are country iterations. Like it just worked so well, you know?

JARET: Thank you. That's the other thing about Bowling for Soup songs is they're all written on acoustic guitar. And when I first write them, they sound like country songs. But I also understand that not everybody's gonna come over to that side of things and I'm willing to work at it.

EBW: Well alright, man. Unless there's anything else you wanna spitfire about...

JARET: Yeah we covered a lot, but this has been so great, man. Thank you for having me.

EBW. Thank you, this was a blessing. I've never used that word but this was incredible.

JARET: Give everybody there our love and talk to you soon.