There may be hope for Spider-Man after all!

Last night, Comic Book News reported on a rumored new deal between Disney and Sony which would keep Spider-Man in the MCU. The new possible deal would include a 6-picture deal with Tom Holland including a new trilogy of Spider-Man films that would focus on Peter Parker's college years. The other three movies include two Avengers films with the third being unknown.

Marvel Studios will co-finance all Spider-Man related movies for 30% of the profits instead of the 50% they originally asked for. Marvel will also co-finance SpiderVerse live-action films.

Tom Holland has also posted a series of pictures of him with Robert Downey Jr. on Instagram last night with the caption, "We did it Mr Stark!"

We did it Mr Stark!

Earlier this week it was reported that Spider-Man could be leaving the Marvel Cinematic Universe after Sony and Disney failed to reach an agreement on financing terms, which lead to a whole bunch of fans showing their displeasure with memes.

This will be updated when more information is available. 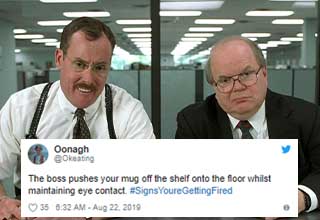 NEXT ARTICLE People Are Tweeting About The Signs Of Getting Fired, And Here Are Some of the Best