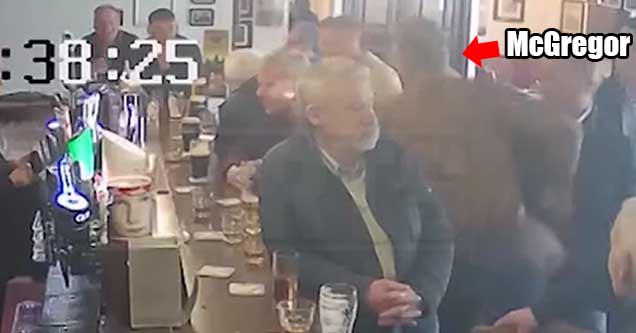 Conor McGregor just can't seem to stay out of trouble. The one-time UFC featherweight and lightweight champion is known for his fiery temper both in and out of the octagon, and this latest incident is pretty on-brand for him.

The incident took place in The Marble Arch Pub in Dublin, Ireland on April 6, but footage of it has only recently been obtained by TMZ Sports. It appears that McGregor walked in with the intention of buying the whole bar a round of Proper Twelve, a whiskey brand which he launched in September 2018. The fighter can be seen lining up glasses for the bar patrons to all enjoy a quick round.

Unfortunately, it seems that one gentleman wasn't a fan of McGregor and/or Proper Twelve, and refused the cup McGregor placed in front of him not once, but twice.

There is a possibility that words were exchanged, though that remains inconclusive from the video. What can be seen clearly, however, is McGregor downing his shot with the other bar patrons before throwing his notorious left fist straight to the face of the gentleman who refused his drink. Impressively, the old man seemed relatively unphased by a punch from a boxing champion, so people in Ireland are just tough as hell I guess.

The full altercation can be seen below:

As mentioned previously, this is hardly the first time that McGregor has let his temper get him into hot water outside the octagon. He was arrested earlier this year for a felony strong-arm burglary related to his smacking and smashing a fan's cell phone. McGregor was also famously involved in an attack on fellow UFC fighter Khabib Nurmagomedov's bus at a media day for UFC 223 - an event that McGregor wasn't even on the card for (i.e., he flew in JUST to confront Nurmagomedov).

According to TMZ Sports, Irish authorities launched an investigation into the incident at The Marble Arch Pub, but it remains unclear if that investigation was ever closed and/or what its conclusion was.

In the meantime, Dana White may just want to sign the old man from the pub - dude can take a punch with the best of 'em! 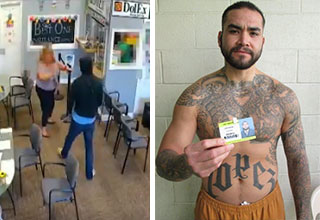