It's a sign of the times when a comedian takes to Instagram to film himself at a concert venue next to the comedy club he was supposed to perform in. Why? Because a gunman opened fire at said comedy club. This is exactly what happened on Saturday night. Amazingly there were no injuries, and headliner Craig Robinson made it out safely. According to the video, he was in his green room and was told to get out of the club.

According to police, a male suspect armed with a gun entered the Comedy Zone in Charlotte, North Carolina. He then began threatening audience members and even fired a few shots, although nobody was physically harmed. The unnamed suspect has been taken into custody.

Robinson also posted this update on his Instagram page thanking the staff and security, as well as first responders.

Obviously fans and colleagues were worried about the actor. 'Office' co-star Rainn Wilson tweeted his concern.

This is the world we live in now. Nothing is going to change. It's just a miracle that nobody was injured, or worse. 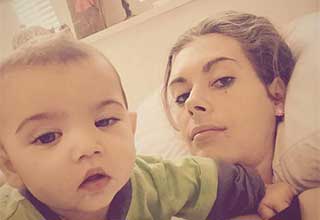