More allegations have been made against former Nickelodeon producer, Dan Schneider. Schneider who had produced hit shows such as Drake & Josh, The Amanda Show, Zoey 101, and iCarly, was let go by Nick in 2018. According to the New York Times, an internal investigation found that the parting of ways was due to Schneider's verbal abuse toward colleagues.

No evidence of sexual assault had been found during said investigation. However, in recent months there have been multiple claims in dispute of that fact.

iCarly star, Jennette McCurdy outlined the abuse she faced at the hands of Schneider in her memoir, I'm Glad my Mom Died.

Jennette: “I’ve never had alcohol before. And I’m only eighteen. Couldn’t I get in trouble?”

Dan: “The Victorious kids get drunk together all the time. The iCarly kids are so wholesome. We need to give you guys a little edge.”

Another story of his abuse of power was revealed by Victorious actress, Daniella Monet. According to Variety, there was a scene in the show which involved her eating a pickle that she felt was too sexually explicit to air. She approached the network with her concerns and the scene was aired anyway.

The most recent revelation came from Zoey 101 star, Alexa Nikolas. She appeared as a guest on Vulnerable, a podcast hosted by fellow child star and actress, Christy Carlson Romano. During the episode, Alexa confirmed Schneider would go around with money and ask to take photos of the kids' feet.

Alexa also alleged that Schneider would receive massages from female colleagues and would hover around the young star's changing rooms. 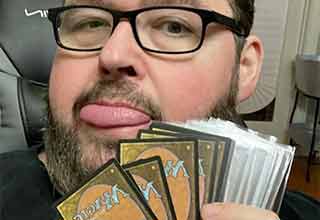