Delta flight 89 was on it's way from LA to Shanghai on Tuesday with 140 passengers when it had to turn around due to an engine issue. The Los Angeles Times reported that 60 people were treated, with at least 20 of them being children.

Delta released a statement Tuesday evening saying, "“The aircraft landed safely after a release of fuel, which was required as part of normal procedure to reach a safe landing weight. Delta is in touch with Los Angeles World Airports and the L.A. County Fire Department as well as community leaders, and shares concerns regarding reports of minor injuries to adults and children at schools in the area.”

The controller asked the pilot, flying from LAX en route to Shanghai, about the fuel again https://t.co/jtraGzhCU5 pic.twitter.com/RaOKhxTUCp

Yet less than 20 minutes later, the jet dumped fuel over Park Avenue Elementary in Cudahy, CA, dousing schoolchildren on the playground — and sparking outrage in a community that’s been at the center of environmental injustices for decades in L.A. County https://t.co/jtraGzhCU5

Kids described what it was like to feel the plane douse them with jet fuel: “We thought it was rain, but then we knew it was throwing gas on us and everybody started to run,' an 11- year-old boy told @campadrenews https://t.co/G5duAwTvUt

The pilot reported a compressor stall, which is not terribly uncommon and does not always necessitate an emergency landing. Question remains why the pilot dumped fuel, after initially saying he did not need to, when the plane wasn't at max capacity https://t.co/vCGuyBX1NA

Here's the flight map via @stiles. Delta Flight 89 took off from LAX, en route to Shanghai, before quickly turning around and dropping jet fuel over an elementary school https://t.co/G5duAwBV2V pic.twitter.com/UV2UbbaSeh 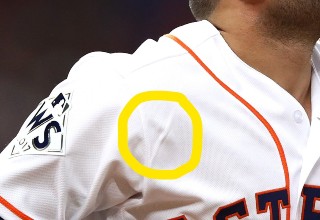 NEXT ARTICLE MLB #Buzzergate Cheating Scandal Information, Memes, and Reactions to the Mess That is the Houston Astros