During a White House press briefing on the novel coronavirus situation in the U.S., a reporter decided to lighten the mood by asking Donald Trump if he had a response to Joe Exotic's request for a presidential pardon from the 22-year sentence he's currently serving.

Trump said with a smirk that he would "take a look" at pardoning the Tiger King star, although he claimed he hadn't seen the show and didn't know anything about the crimes Joe was convicted of.

The idea of Joe getting executive clemency was given more attention after Donald Trump Jr. commented on it in a radio interview earlier this week. In the interview, Trump Jr., who binged the Netflix show "in two sittings" and posted a Joe Exotic/Donald Trump mashup meme earlier that day, said of pardoning Joe:

"I could generally be for this just for the meme, and frankly just for watching the media reaction to this thing because it would be pretty amazing to ultimately see that."

Gotta hand it to anyone out there doin' it for the meme.

Trump Jr. went on to say "it doesn't seem like he was totally innocent of anything, but when they say we're putting this guy away for 30 years, I'm saying that seems kind of aggressive."

As a refresher, Joe was convicted of two counts of murder-for-hire after trying to hire two different hitmen to kill the animal activist and his personal nemesis, Carole Baskin.

Joe was also charged with pretending to donate exotic animals when he was really selling them and violating the Endangered Species Act by harming some animals.

It's unclear whether he'll actually be pardoned by his former presidential opponent, but it would definitely be a big distraction from Trump's bungled handling of COVID-19.

And if Trump ever gets around to watching Tiger King, don't be surprised if he launches an investigation into Carole. 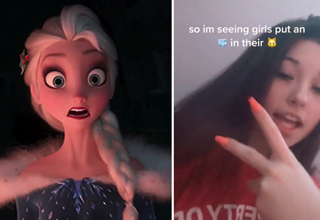