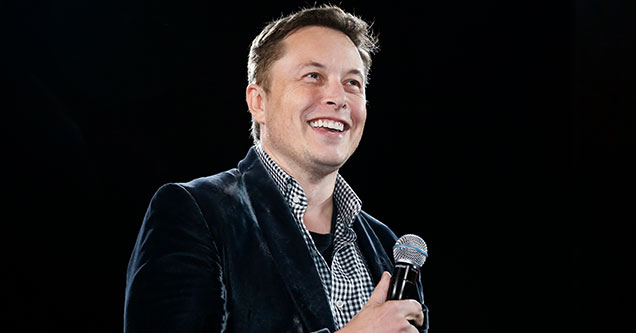 Elon Musk, the online billionaire bad boy wants to 'Free America' from the oppressive restraints of a global pandemic. Musk has been tweeting subtly jabs against the coronavirus shutdowns for a few days now, but nearly all Twitter users were shocked when the discovered he had tweeted this today.

America needs to 'go back to work' we need to 'reopen' the country, or in other words, you need to go back to work so Musky pants can get back to doing whatever it is he does.

And although I do understand the sentiment behind these words, why are Americans dumb. Free America Now. What does this actually mean? Free it from what exactly? The plague?  Honestly, I've seen this slogan on signs and online for weeks, but I don't think it means what people think it does. It's a word salad.

And sure, there is still much to be learned about the Coronavirus. The strains of the virus may not be as deadly in certain places and many people in dense communities may already have anti-bodies without knowing it, but the time for 'going back' is still a ways out. And Musk a science guy, should know this, right?

It doesn't seem like he does though. Not with comments like these. I for one, am not surprised that Elon has turned into a dumb free America now dipsh*t. I'm really not. This is the same dude who made a whole show about selling flamethrowers during one of California's most deadly wildfire seasons. The dude who not only banged, but continues to bang Grimes. So sorry, but this dude hasn't had the best judgment for quite some time. But this? Cringe bro. 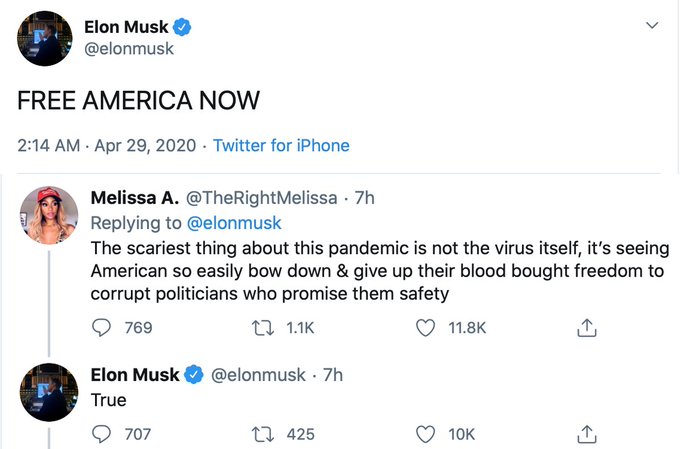 Okay, this is epic.

all elon musk does is say dumb shit and not invent trucks pic.twitter.com/4lHmN2WbPV

we all knew elon musk was a maga chud
c'mon man

I used to think Elon Musk was our last hope at combating global warming on a massive scale. I also used to think that when I couldn't see an object anymore, it no longer existed. The point it, I learn and I move on. pic.twitter.com/GWYZBHoF6M

Elon Musk wants Americans to sacrifice themselves for stock market gains while he hides away in one of his seven multimillion-dollar mansions.

It's the most morally repugnant class warfare you could imagine. https://t.co/v02CUpBTWI

Elon Musk named his kid what?? Check out the hilarious memes.

Elon Musk: FREE AMERICA NOW
Me: Actually, that would spike the plateau and lots of people would die, tardface pic.twitter.com/HIBkBFz6dE

The libertarian race is shaping up to be a good one. Justin Amash, John McAfee, Jeff Boomhauer, Elon Musk, Joe Exotic, Rose McGowan, Ron Paul head in a jar, and Mike Stoklasa just to name a few. 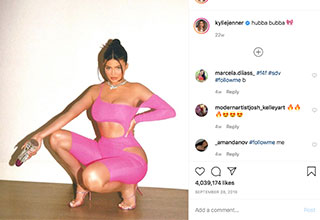