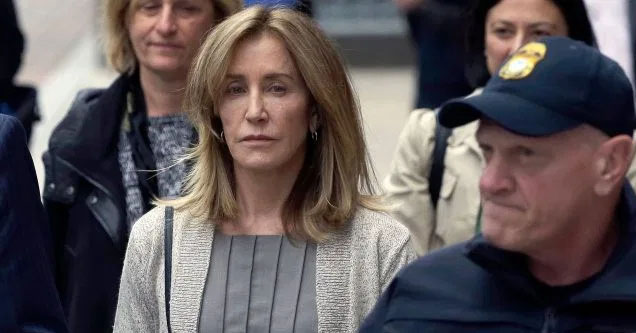 Actress Felicity Huffman reported to a Dublin, CA summer camp correctional institute today to serve out the 14-day sentence she received as punishment for her participation in a nationwide college admissions scandal.

The Desperate Housewives star was found guilty of paying out $15,000 in order to falsify her daughter's SAT scores in a bid to secure her admission to an elite college. Huffman read the following prepared statement after her sentencing:

I would like to apologize to my daughter, my husband, my family and the educational community for my actions. And I especially want to apologize to the students who work hard every day to get into college, and to their parents who make tremendous sacrifices supporting their children. My goal now is to serve the sentence that the court has given me. I look forward to doing my community service hours and making a positive impact on my community. I also plan to continue making contributions wherever I can well after those service hours are completed.

As part of her sentence, Huffman was slapped with a $30,000 fine, 250 hours of community service, and a 14-day prison sentence followed by a year-long supervised release. Huffman will serve her time at FCI Dublin, where she'll have to make her bed by 6:30 am on weekdays and 10 am on weekends. She'll also have access to a sun deck over the weekends so that she can keep her tan on point.

The sentencing has been widely criticized online as being overly lenient, and an example of how wealth and race create a parallel justice system in America. People were quick to point out several cases where black defendants were given significantly harsher sentences for comparatively minor offenses. 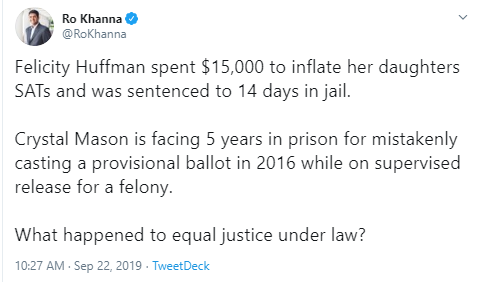 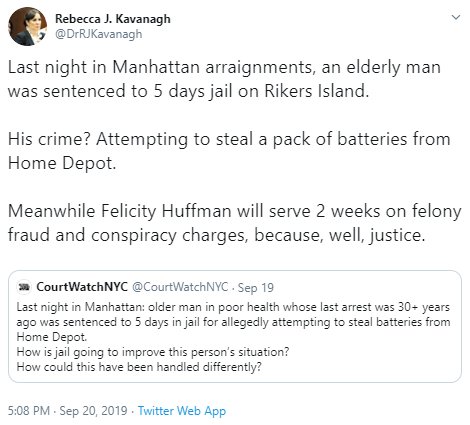 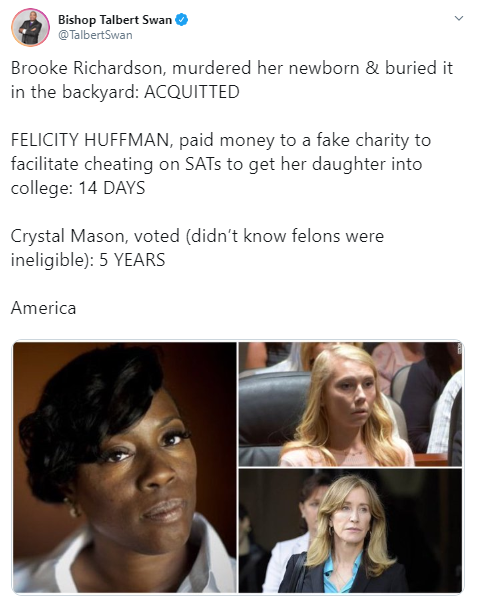 Don’t think there’s structural racism? White, wealthy Felicity Huffman gets a 14-day sentence, and a Black homeless mom gets 5 years — both wanting better education for their kids. The system is 100% f’d up. https://t.co/13cpCw3N9t

Here’s what I had to say about the sentencing of Felicity Huffman to 14 days in jail for paying to have her daughter’s SAT test answers “corrected” on the @wendywilliams Show today! pic.twitter.com/N08TiKkeCG 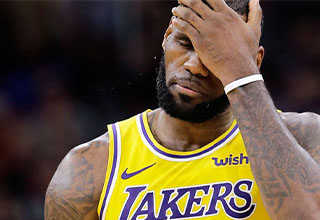