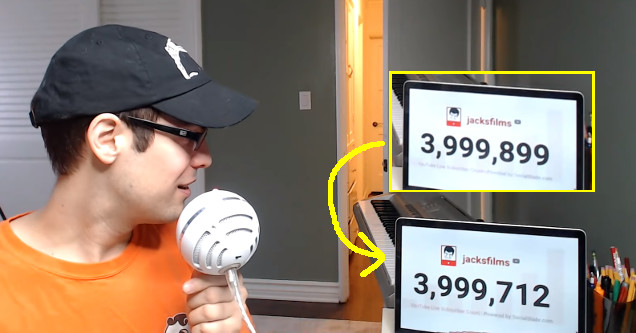 It isn't often that someone is able to hit four million subscribers on YouTube. Most channels would be happy to ever hit 100,000, let alone millions.

So when YouTuber Jacksfilms learned of how close he was to hitting four million subscribers, he decided to livestream it. Little did he know that everything would start to unravel as soon as he hit the record button.

When he started his livestream he was just over 100 subscribers away from his goal. Within minutes his audience would troll him by unsubscribing, doing the exact opposite of what he was hoping to achieve. Soon, awkwardness settled in the room as he was left staring at a shrinking subscriber counter instead of celebrating the occasion. After just seven minutes, he would give up and end the livestream.

Since it was livestreamed, everything was recorded. See below:

A few hours after ending the livestream, Jacksfilms managed to hit 4,000,000 subscribers. It appears his audience just didn't want him to enjoy the moment on camera.

Jacksfilms is one of the original YouTube channels, having started in June 2006 making sketches, music videos, and parodies. 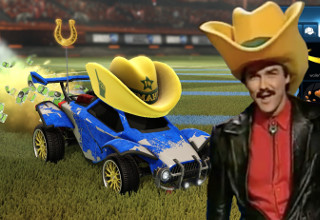