At the premiere of Olivia Wilde's new film "Don't Worry Darling", Harry Styles walks into the theater and sits down next to his co-star Chris Pine, who stops clapping and looks, disgusted, into his lap. The internet perceived this as Harry Style spitting into Pine's lap, but no matter how many times you replay the video you won't see any spit.

The incident had been labeled 'Spit-Gate', and the question everyone is asking is, "Why would Harry Styles spit on Chris Pine?" Well, according to Chris Pine's people, who released a statement to People, he didn't.

Style's reps have yet to issue a statement, but Chris Pine's people vehemently denied the claims saying:

“Just to be clear, Harry Styles did not spit on Chris Pine. There is nothing but respect between these two men and any suggestion otherwise is a blatant attempt to create drama that simply does not exist.”

"Don't Worry Darling" has had a rocky go of it, from casting, to filming and now the premier. Production for the film started in late 2020. Around the same time, Olivia Wilde began a divorce with her now ex-husband Jason Sudeikis. It's rumored the divorce was sparked because Wilde started having an affair with Styles.

Michael Jackson wouldn’t have spit on Chris Pine like Harry Styles
That’s why he’s the only King of Pop https://t.co/AhwnJHqVPr

Styles was actually Wilde's second choice for the leading role. Shia LeBeouf was the first choice until he decided to leave due to insufficient rehearsal time. However, Wilde made claims that she had fired LeBeouf for erratic and inappropriate behavior. LeBeouf later shared messages proving this wasn't true.

Florence Pough, another lead in the film, has not interacted or been close to Wilde since production ended, leading people to believe she is keeping her distance to stay out of any gossip surrounding the film.

somebody get chris pine outta there #Venezia79 pic.twitter.com/zmYxmvpbka

you can almost see the screams catching in his throat pic.twitter.com/AXtiPAd4zx

With a movie already steeped in controversy, and none of the people involved speaking up, all we can do is speculate as to why this movie seems so cursed. And this incident is just the latest cherry on top of a whirlwind of drama.

But can you imagine if Harry Styles has spat on his co-star in front of an entire theater? Now that would be something!

He 100% spit on Chris Pine. pic.twitter.com/GhhtHqrSsB

I do not think Harry Styles spit on Chris Pine. Please consider this my official statement. 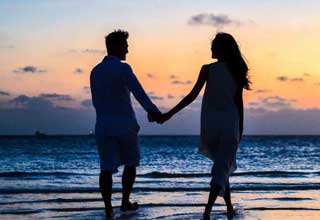