Meta (Facebook) stock plummeted 23 percent yesterday after a series of bad decisions made by Mark Zuckerberg and his management team. After the virtual reality department spent $9 billion trying to create what they were calling the "metaverse", people just couldn't get behind the idea.

However, one person who thought it was a good idea was CNBC's Jim Cramer who advised people that this was a buy and that they should invest in Meta stock after Zuckerberg announced the shift in the platform.

After claiming that Meta "has nowhere else to go but up" back in June, Cramer was so ashamed of his decisions that he couldn't even look at the cameras as his eyes welled up with tears as he said, "I made a mistake here. I was wrong. I trusted this management team."

The lack of respect for $META is incredible...

However, some still believe Cramer has a reputation for getting things wrong and that listening to the opposite of what he says is the best decision an investor could make. Some jokingly call it the "inverse Cramer" plan.

Many people still question if the company will even recover from this deficit as it will take years to pay off the billions it spent on this project. Even the employees of the company have felt like the "metaverse" was a bad decision.

The company still has plans to sink even more money into the project trying to fix the ever-growing problems as word among the Meta team has been that "an empty world is a sad world." 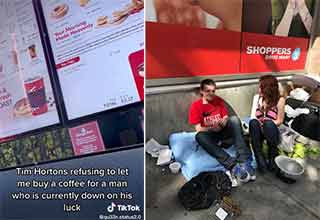