It's no secret at this point that the Kardashian/Jenner family is so far out of touch with reality that there is no coming back. In a recent post on her Instagram account, Kylie posted a photo of her and her husband, Travis Scott, between two private jets in a hanger. The caption read, "You wanna take mine or yours?"

But her brag was met with scrutiny when many users looked into how frequently her private jet took off from the airport. The records show the plane took off from Camarillo, CA, and landed three minutes later in Van Nuys, CA. Many people have referred to her as a "full-time climate criminal" after seeing this information.

This same trip would have taken anyone an average 40-minute drive. However, Kylie saved herself a whopping 37 minutes by taking her private jet.

It didn't stop there. Many users were so outraged by her blatant disregard for the planet that they looked deeper into her flight history. Many found that Jenner takes frequent flights only lasting up to 20 minutes. While many people make daily sacrifices to combat the looming climate disaster, celebrities waste more than any average American.

The worst thing about this is that Van Nuys is 16 miles from Calabasas, where she lives. She went 26 miles in the opposite direction to take a flight.

80% of people have never taken a plane and Kylie Jenner is out here taking regular 10 minute flights, 5 flights in the last week under 30 minutes, one was 3 minutes long. Her carbon footprint for one ten minute flight, is more than some people make in a year.

Kylie or her husband have not responded to the negative response to her post, and probably never will. She'll continue to make a feeble effort in convincing everyone that she cares. 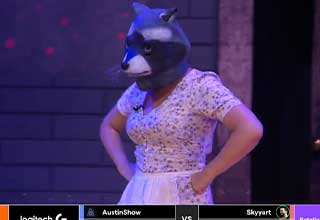 NEXT ARTICLE From Furries to Controversy, WTF Was Going on at TwitchCon?