We can indeed confirm that Lamb Chop's Play-Along was NOT another case of the Mandela Effect. The children's puppet show which first aired in 1992 ran for two seasons, and gave us the infamous 'The Song That Doesn't End.'

Twitter had a quick fright however when Christopher Fryer tweeted about the show.

Whoa, whoa, whoa... Was there actually a sheep puppet named Lamb Chop in my childhood or was that a f*cked up fever dream?

To be fair it's a valid question. After all 1992 was 30 years ago (sorry.) From there the responses rolled in.

Yup,that was real. Introduced an entire generation to "The Song That Never Ends".
We respect Shari Lewis and Lamb Chop in this household. https://t.co/zzrqGsTU5a pic.twitter.com/UINV7nGXmS

Shari Lewis was the ventriloquist and original puppeteer of Lamb Chop.

Yes there was. Began on Captain Kangaroo with Shari Lewis as the puppeteer who got her own syndicated show later. https://t.co/T4LZumJFE3

Twitter slowly began realizing that this was indeed the same show where 'The Song That Doesn't End' was born. Get ready to have it stuck in your head all day.

This is the song that never ends... https://t.co/6CbGzwdAca

“This is the song that doesn’t end….yes it goes on and on my friend….” https://t.co/QfIQKTW9nl

Lamb chop and Puzzle place were my 2 favorite shows. This brings back so many great memories. https://t.co/8A0Aavm7gf pic.twitter.com/ka7afs0bcj

“This is the song that doesn’t end….yes it goes on and on my friend….” https://t.co/QfIQKTW9nl

Yes indeed & now my dog has his own Lamb Chop https://t.co/Jc3W3RHp0W pic.twitter.com/7MbveuBikK

Unfortunately, Shari Lewis passed away in 1998 at the age of 65. The children's entertainer accrued 12 Emmy awards in her illustrious career. More than anything, she left us with memories that will last a lifetime.  So until the next time Twitter wants to tug the nostalgia threads of our heartstrings, we'll just leave you with this. 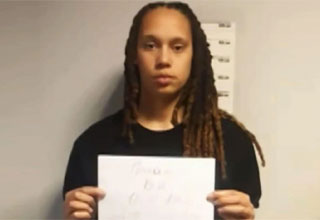