A new hilarious craze has begun on social media this month after HyperSocial CEO Braden Wallake announced over LinkedIn that his company would start laying people off.

The announcement came with a selfie of himself crying and a caption that read, "This will be the most vulnerable thing I'll ever share, I made a decision in February and stuck with that decision for far too long. Now, I know my team will say that; we made that decision together, but I lead us into it. And because of those failings, I had to do today, the toughest thing I've ever had to do. #vulnerabilities" 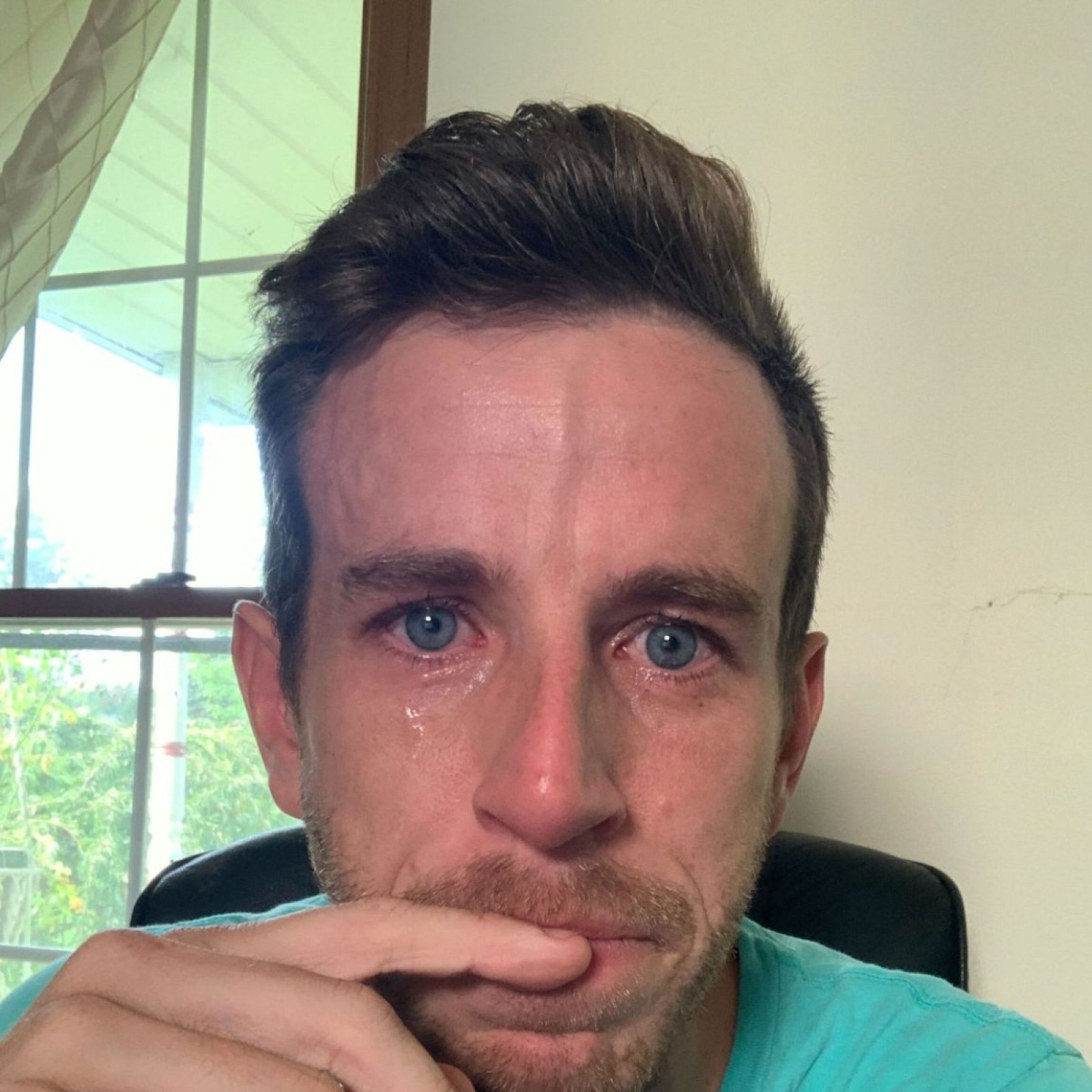 The post garnered a large reaction and around 6,500 comments that both supported Wallake, saying he was just being candid and "vulnerable", and criticized him for his exaggerated emotional post, which completely disregarded the employees and put the focus on himself.

LinkedIn user Kevin Nass commented, "How about using your network to help those employees find new jobs by tagging them and putting them in the spotlight, as opposed to whining about making difficult decisions as a leader and posting a crying selfie? This is one of the most out-of-touch posts I’ve seen in a long time."

Shortly after the comment, Wallake posted the profile of Noah Smith, one of the laid-off employees, with a comment encouraging other companies to hire them.

Drew M. posted a crying selfie with the caption, "No layoffs to announce...but Taco Tuesday was a bad choice." 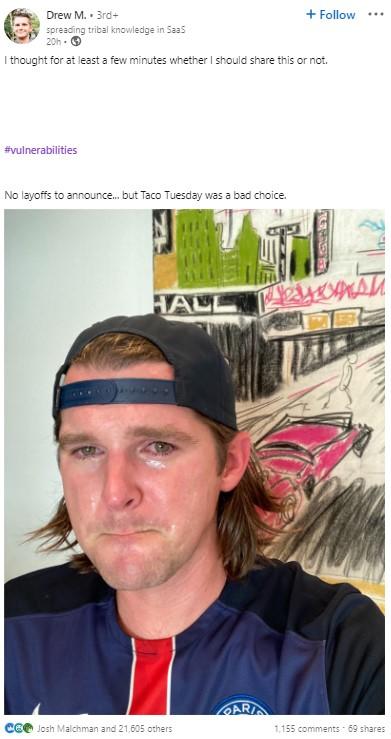 Wallake's selfie went viral on Twitter and many people had harsh criticism as well.

The crying CEO selfie is literally everything wrong with business culture and LinkedIn bros combined.

We need to shut down LinkedIn. https://t.co/0iOThHs8zo

If you have a hard decision to make, maybe consider posting a selfie of yourself crying. 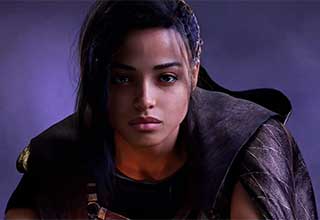