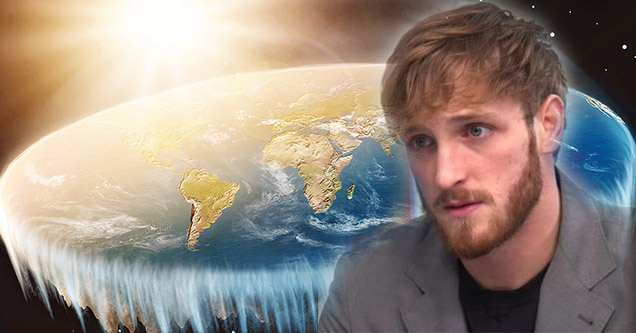 I’m not ashamed to say my name is Logan Paul and I think I’m coming out of the Flat Earth closet.

Logan Paul is apparently a flat-earther now. The controversial YouTuber has released a trailer for his upcoming documentary, "THE FLAT EARTH: To The Edge And Back," which premieres today. (Update: it's now live. Check the bottom of this article.)

Paul wants to join a team of flat-earthers who plan to trek across Antarctica and prove that the world is indeed flat. While this is quite the idiotic adventure and Paul is definitely just trying to stay relevant, at least they are trying to put their money where their mouth is.

Paul had this to say while speaking at the Flat Earth International Conference in Denver recently.

"I’m not ashamed to say my name is Logan Paul and I think I’m coming out of the Flat Earth closet. If I'm going to put my name out there, I want to know the facts. The fact that we haven't been to the moon in over 50 years, the fact that the moon emits its own light. Some of the best scientists can't explain gravity; Neil Degrasse Tyson, Bill Nye, in the end, do they even know? I want to explore for myself and keep an open mind. There is a stigma of being a flat-earther and if I'm going to do it I want to know the facts."

See More: Logan Paul Thinks the Earth Is Flat as Steve-O Proves It's Not

As per usual, Twitter had plenty of reactions to this news.

This Logan Paul flat earth documentary is gonna be hilarious

All visionaries were considered, as you say, “clowns” before their time. Have we not learned our lesson? If you don’t know history you are doomed to repeat it.

So today in school I learned about Logan Paul and The Flat Earth Movement. God I love this teacher

Omg I just saw the preview for Logan Paul’s documentary about the Flat Earth! I am so excited! There is finally going to be more proof and more support for us and our voices shall be heard! Also, pardon all of the exclamation points I’m just so excited! pic.twitter.com/PRohnxv9rs

*** ATTENTION PARENTS ***
Logan Paul, the idiot YouTuber that showed kids what a dead body looks like, has a new video on the flat-earth theory.  If you have a child that follows this brainless piece of trash, then you may want to intercede before he attempts to brainwash them.

The Flat Earth: To The Edge and Back is now live on Logan Paul's YouTube channel. 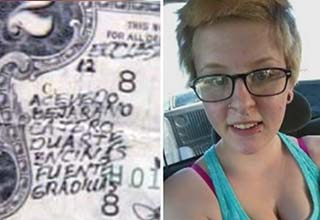 NEXT ARTICLE 5 Creepy Mysteries that Have Never Been Solved