Game of Thrones Season 8 Episode 3 "The Long Night," aka The Battle for Winterfell was 78 minutes of epic, non-stop battle scenes, dragon fights, flaming swords, and heroic deaths. The remaining 5 minutes left a lot of fans feeling let down by the show they've been obsessing over for the past 8 years. All the endless theories about the Night King, Bran, Azor Ahai, etc. all were crushed with one swift jump from out of nowhere.

If you ever feel useless think about these guys #GameofThrones pic.twitter.com/4IZ20eBxHA

All this bullshit about Azor Ahai and the Night King being unbeatable, then Arya rocks up and kills him in a few seconds. It's like Mcgregor v Aldo all over again   #GameofThrones

I hope that George Martin gives us a better ending in the books. Having Arya kill the night King was a surprising and a well directed scene but it makes azor ahai and the prince that was promised stuff redundant. Also we know nothing about who the night King was. #GameofThrones

WTF.  No Azor Ahai?  What about light bringer and the sword that slow the great other 8000 years ago? The prince that was promised...and all that?? Come on #GameofThrones , that shit was not cool.  Who wrote that epsiode?

8 years of build up for the NK to die to Arya sneaking up on him. All the hints and prophecies about Azor Ahai, and he's killed by someone who hadn't heard of him til a week ago. I'm still looking forward to the last three episodes, but damn, that was underwhelming #GameofThrones

Just completely stupid...killing main villain like a chump by having Arya come out of nowhere in middle of his army, while rendering Azor Ahai prophecy meaningless and eliminating threat the series built up over eight seasons.

90 minutes of best TV ever ruined by last 5 minutes.

Lots of people also complained about how dark the episode was. We're talking screen brightness here, and not dark in a thematic way:

Me trying to see who’s fighting whom in the dark. #GameofThrones pic.twitter.com/Ztv98xNb84

My favorite scene from today’s episode of #GameOfThrones

ffs why is it so dark pic.twitter.com/mlOAF73pED

HBO: Let's make a show about dragons and zombies and spend a gazillion dollars on it

Also HBO: Let's make it so dark literally no one can tell what's happening#GameOfThrones pic.twitter.com/3enAjRQa0G

I'm not saying Game Of Thrones was dark this week but I think Bran saw more than I did.

Alright guys, I hate to break it to you but that episode SUCKED. It was Walking Dead level of over dramatic and nothing that happened made ANY sense. It was so unseeable and dark that it could have been directed by Zack Snyder. #GameofThrones #BattleForWinterfell

We’ve gotta have a conversation about how damn dark that episode was. Not in a thematic sense, like actual brightness from an illumination standpoint. I’ve got a 65” 4K tv (not to brag) and I couldn’t see shit with lights off and brightness all the way up.#GameOfThrones

There's also a great new fan theory suggesting Jon Snow may have helped Arya get to the Night King, and check out our Season 8 Episode 3 memes. 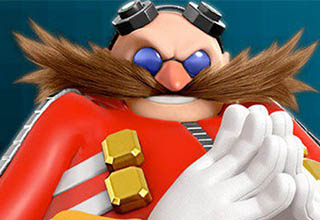 NEXT ARTICLE A Photo of Jim Carrey as Dr. Robotnik in the Sonic the Hedgehog Movie Has Leaked