Twitter user Valerie Szybala is using an Apple AirTag to track her lost United Airlines luggage and has documented her journey reuniting with it online. Her saga comes after a horrible week for many airlines like Southwest, featuring canceled flights, lost bags, and angry flyers.

According to Valerie's tracker, her luggage has been in a residential apartment complex for over a day, where it has remained, aside from a few quick trips to McDonalds and the mall. And her bag does not appear to be the only one held in the complex.

I’d just like everyone to know that @united has lost track of my bag and is lying about it. My apple AirTag shows that it has been sitting in a residential apartment complex for over a day. Out back by the dumpsters, I have found other emptied United Airlines bags. pic.twitter.com/fcoq4nj3zb

Folks please share so other United passengers who lost their bags know this may be their fate.

These tweets document the bag's movements over the past day.

MAJOR UPDATE: for the first time since Friday my AirTag (and hopefully luggage) appears to be on the move… it’s at a McDonalds? The plot thickens… cc: @united pic.twitter.com/y8pDwb6VDd

ANOTHER MAJOR UPDATE: My luggage AirTag has left McDonalds and returned to the apartment complex where it is being held hostage!

Good morning all. Here’s an update: my AirTag is on the move! It’s about 16 miles outside of the city in the suburbs. Hopefully this means it is on a delivery run?

Although, it’s been sitting at this shopping complex for the past half hour so maybe it’s just out for another meal… pic.twitter.com/zexN1dL6W3

UPDATE: It was not a delivery run! After going shopping in the suburbs my AirTag has returned to the apartment complex!!

At the time of this writing, the bag remains in the apartment complex and United Airlines has been less than helpful in providing information on the situation.

Update: I was having a DM back and forth with @united, but their rep stopped responding when I pressed them to send me the details of their lost/stolen bag policy, so I can understand my rights and what I am owed.

Anyone wondering why I felt compelled to take this to social media, check out my most recent chat with one of their support reps through the @united app: pic.twitter.com/hxUu3jQaxj

While our initial thoughts suggest the bag was stolen, there is another explanation that is even more sinister. United's third-party bag delivery service is just that sketchy.

The apartment complex is probably just where the 3rd party company's storage location is and the delivery driver is probably some guy in his own personal car, shady but that's how it is. Happened to my bag once but it was delivered just fine

dug around a bit and found the third party united uses for bag delivery. some of these reviews are,,,,,, kind of horrifying. lots of stories similar to yours: https://t.co/DkLEkFWg7R

While watching your luggage go shopping and get McNuggets is disconcerting, to say the least, it seems that there is still a possibility Valerie will be reunited with her lost bag. Just know that if you're checking luggage on your next flight, it may end up in an apartment complex by some dumpsters for a few days before it shows up on your doorstep. 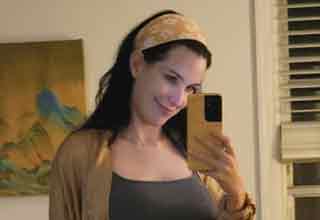