Earlier this week it was revealed that gaming YouTuber ProJared had been outed by his wife cheating on her with another YouTuber, not to mention the fact that he had been soliciting nudes to underage girls for quite some time behind her back. Twitter has been blowing up with memes and reactions to this story, even people who have no idea who ProJared is, like me, are getting in on the action. Check out the best memes and reactions to the ProJared scandal.

This is exactly how this entire thing went down for everyone #ProJared pic.twitter.com/QF3vLjqQG9

When you don't know whether to stay faithful to your wife or send nudes to your fans so you get confused and fuck your friend's ex #ProJared pic.twitter.com/7j854VBSB7

Instead of @Twitter calling #ProJared an Alleged Adulterer or Alleged Pedophile they're calling him an Alleged  Youtuber and honestly that's so freaking hysterical to me pic.twitter.com/LyaqQ6EgVD

me watching all this #projared shit unfold when i’ve never even watched his videos pic.twitter.com/SaInPD27Iw

#Projared: actively cheats on wife, resulting in 2 divorces, breaks up with wife on Twitter, sends/ asks for nudes from underage fans

I have met #projared and not only did he cheat on his wife I can confirm this mans out here wearing SKETCHERS pic.twitter.com/WWK9e1cG9F

#ProJared
Normal people who have nothing to hide:

We should have known this was coming man. #Projared pic.twitter.com/TquLMqQDjh

#ProJared is a scumbag who has been exposed in today's video -https://t.co/UgftteM0th

Along with #Pokemon changing our brain cells and Loot Boxes being banned, I have many stories in this episode of the #NewsYouMissed Recap. pic.twitter.com/J3Y33o7HJm 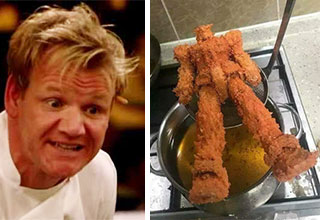