We're in 2022 while Taco Bell is living más in 5022. In what looks like a bank drive-thru straight out of 1999, this Minnesota location is absolutely changing the fast food game. The internet was somewhat torn at first, not quite sure if this was a meme or ploy.

why this Taco Bell looks like a bank pic.twitter.com/qyjsIi0eJH

Do people even eat Taco Bell enough to have 3 lanes? https://t.co/O60LydqWZX

Taco Bell then confirmed the new location has opened in Brooklyn Park, Minnesota in a Twitter clip taken straight out of Blade Runner. Welcome to "Taco Bell Defy."

Dare to Defy. Meet the Taco Bell of the future. pic.twitter.com/6UZcffWgGa

Defy leans into the age of apps, with four drive-thru lanes for efficiency. LET'S GO BABY! The food tube is reminiscent of early aughts banking for nostalgic amusement while you wait. This is the future y'all. Aesthetic is the name of the game.

What y’all wearing to the new Taco Bell? pic.twitter.com/eWpViWiZkZ

Obviously there were some fair questions regarding the state of the art fast food location.

this is incredible what's it doing in minnesota

Brooklyn Park is trash, but what in the Futurama is this?? https://t.co/pS0uo6lOsq

True Taco Bell enthusiasts like myself are psyched for the future. Volcano menu cameo? Mexican Pizza coming back for good? Who knows what's in store. But lord knows I'm planning a road trip ASAP. 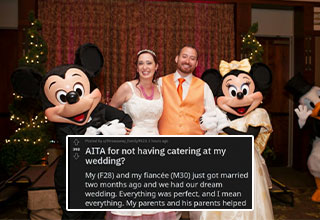