A mom of 12 says that she is constantly under fire on her social media accounts with people telling her she needs "psychiatric help" and that she should stop having kids, but she says she just wants more.

She goes by clutteredmother on her TikTok account and is consistently posting videos of her and her dozen kids, and also admitted her husband has a pregnancy fetish. She recently posted a video about the scrutiny of having so many children saying, "When people tell me I need to be sterilized," then she brings some of her kids into the camera, "Actually, can I have five more of these little blond bitches," she said.

“Why give up what you’re good at?” One person commented.

When people brought up that the husband may have a pregnancy fetish, clutteredmother asked her husband in a video if he did, to which he replied "Hell yeah!" This sparked some controversy among her followers, most thinking that it was inappropriate to continue having children just so her husband could get his rocks off.

One person commented, “So having kids to him is just sexual pleasure. Please stop having kids."

Some people were more supportive saying, "I get hit on more as a pregnant woman than I ever did before."

In a follow-up video, the clutteredmother said that it was just a joke, however, and that her husband, "definitely didn't have a fetish" and that "it's far from sexy to swell up and have lightened woo haaa with a head right there for months."

In one video she shows that the oldest of her 12 is asked to help raise the other children by cooking dinner and changing diapers. In another video, she says that her future daughter-in-law is going to be expected to raise 12 children of her own.

One thing is for sure, she doesn't mind feeding a dozen mouths and is eager to keep them coming. 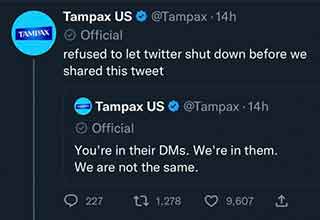