In the wake of last night's dreadful National Anthem performance by recording artist, Conan Gray, we've decided to round up some of the all-time worst. Yeah Conan was bad. But was he Fergie bad? Was he R. Kelly or Michael Bolton bad? Let's take a look at these extra special National Anthem fails, and we'll let you be the judge.

First let's revisit last night's home run derby. The MLB clearly tried reaching a younger audience, which sure. Kudos to them for trying. But some artists just aren't made to sing the anthem. And that's totally fine, it's not a knock on anyone. Well, it kind of is for the purpose of this gallery. So without further ado, Conan Gray.

Listen. Was it god awful? No of course not. Will he sing it again at some point in his career? I truly hope not. Let's take a look at some other anthem fails.

It takes balls to straight up forget the lyrics. So slow-clap to Bolton for still getting through it.

In case you were looking for more reasons to despise R. Kelly.

For someone who already has a terrifying tone to their voice, Roseanne should've been the last person singing the anthem.

Bold of the Aerosmith frontman to not even finish the song. Yikes all around.

Lead singer of the band Staind, Aaron Lewis, had a tough go of it. It's not necessarily his rendition, but the fact that he forgets the lyrics. Poor guy.

I never thought it was possible to over-sing so much that you forget the lyrics to a song, but Christina you have proved me wrong.

The singer-songwriter should maybe stick to performing her own songs, because this is atrocious. She basically gives up after forgetting most of the song, and asking the crowd for help.

Carl Lewis was a TRACK AND FIELD ATHLETE. Who thought this would be a good idea?

She went for it. Fergie's rendition is that of a burlesque jazz nightclub singer. And it makes little to no sense. But it will entertain us for decades to come. 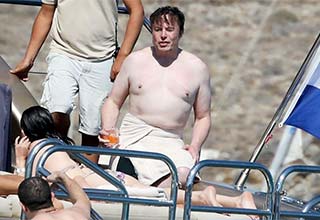