You know her as Robyn Russo from Nickelodeon's The Secret World of Alex Mack and Ingrid Iverson on Boy Meets World. We're thrilled to introduce actress, Natanya Ross.

Natanya: Thank you so much. Thank you for having me. I'm excited to be here.

EBW: Can we go back? We're gonna go way back. Can we talk about your first gig ever?

Natanya: It was a commercial my mom put me in at six months old, so if we're gonna get super technical, it was a Gerber baby commercial. Then after that I did like 50 national commercials back on the east coast, and I was doing off Broadway and stuff like that.

EBW: And your first feature was Little Monsters, right? 1983?

Natanya: It was Awakenings with Robert De Niro and I had a very small part in that. I'm getting old. But I think Little Monsters is what everyone remembers as my first like onscreen deal. Even though I was like, six, how the f**k old was I six or seven? It's wild that people still bring that picture for me to sign. It's such a cult classic movie. 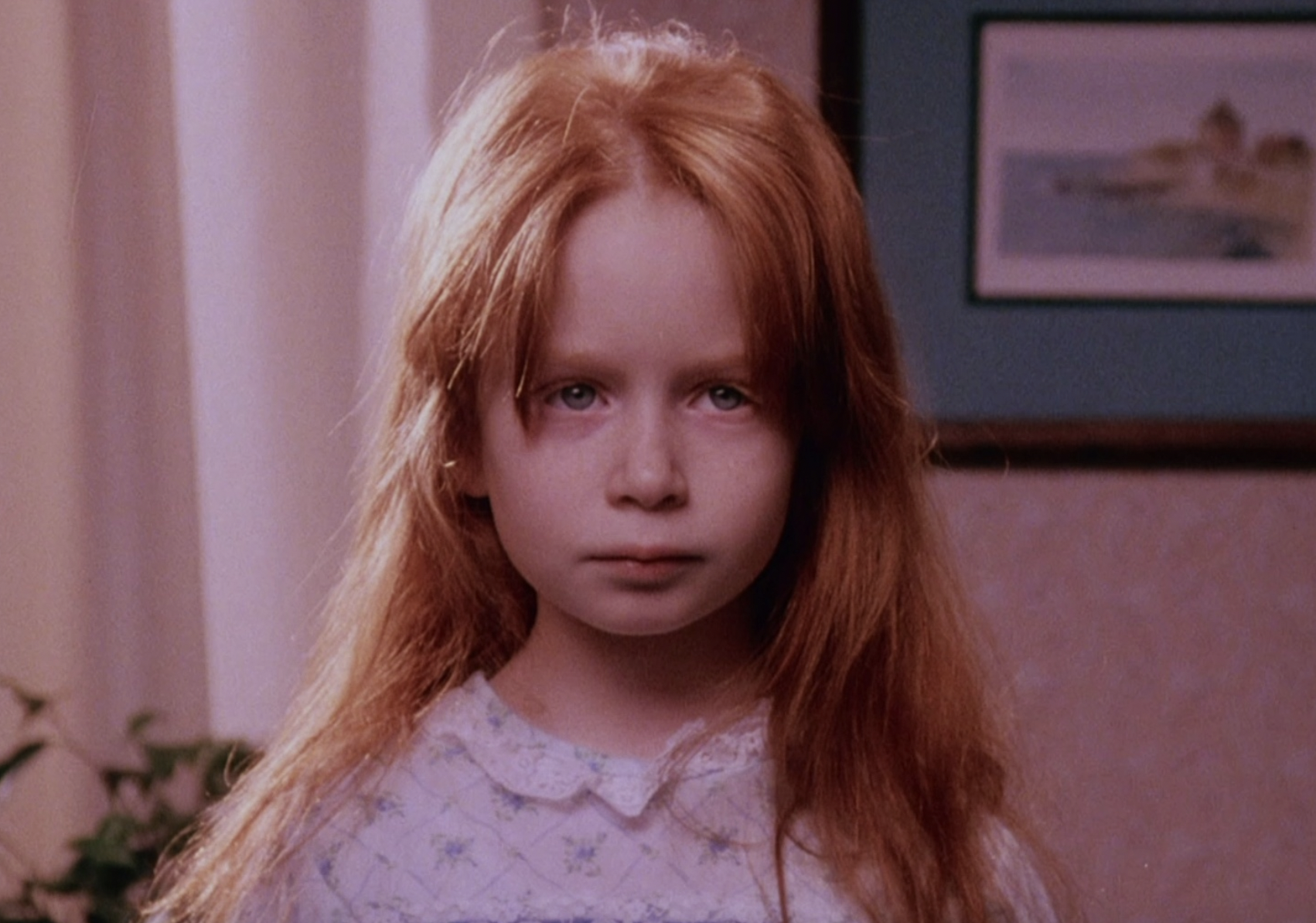 EBW:  So you already worked with De Niro, you have these heavy hitter names, but was Little Monsters important for you? Just because it was both Ben and Fred Savage and then you would end up working with them again later in your career.

Natanya: I actually had a bigger part and a lot of it got chopped. So I don't know that it was very significant at that time that I had met them. I never did anything else with Fred Savage, but obviously I went on to do Boy Meets World and develop a relationship with Ben.

EBW: And I don't wanna say that you were being typecast, as you were starting out-

Natanya: But you wanna say it.

Natanya: Listen, the gingers, we have to stick together.

Natanya: It's a sensitive, complicated, layered thing to be a ginger in this world. Absolutely, I was being typecast you're right. But of course as a 10, 11, 12, 13-year-old young woman with bright orange hair and pale skin in an industry that's already kind of absorbing into your psyche, not really knowing what that's gonna do for the longevity of your life. Internally I was fighting against it and I think too, as a pre-pubescent redhead, you don't know that in just a few years you're gonna be hot and it's okay.

EBW: So in '92 you'd go on to do the show Billy, which was sort of in the same realm. You're cast as these side characters. Then you fast forward to landing Alex Mack and that's the big one, right?

Natanya: Yeah, there were a few things in between. I did a lot of episodic stuff on television. I think I broke through a little bit. Then Alex Mack came. I had auditioned and screen tested so many times for Alex. Then for Annie, the sister, and they shot the pilot and obviously I didn't get it. 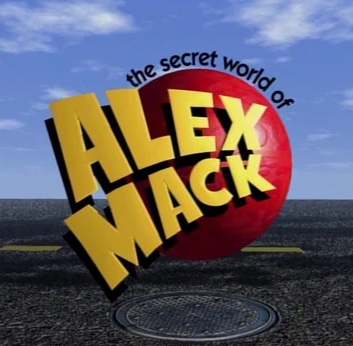 Natanya: They called my agent and they said, look, we love her. And we wrote a specific part just for her. It's only gonna be three episodes of the show. All she has to do is come down and read on camera. So I went down and there were 50 other girls in the room for this part. And I was like, f**k these motherf**kers, they bamboozled me again. But obviously I ended up getting the role and I did the three episodes. At the end of that, they offered me a series regular role. I like to say Robyn was the OG emo girl of Nickelodeon. 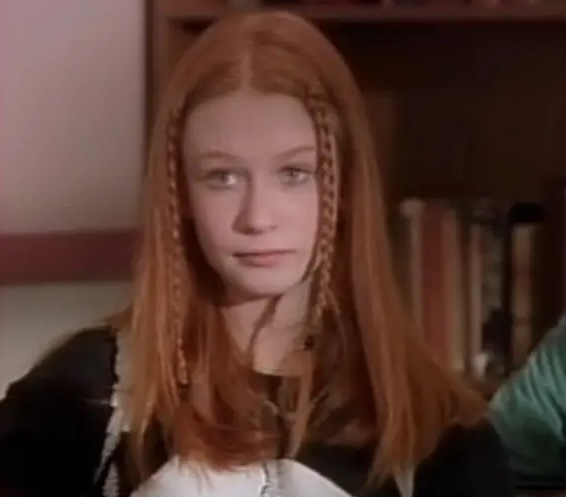 Natanya: You weren't really seeing the representation of kids like that. I think that's why she impacted and affected so many people.

EBW: What was your relationship like with Larisa Oleynik? Because you two have worked together on quite a few projects.

Natanya: Me and Larisa were very close. We had a lot of sleepovers. And then second season is when we both did The Baby-Sitters Club and we were already super close. That kind of bonded us a little bit further of course. 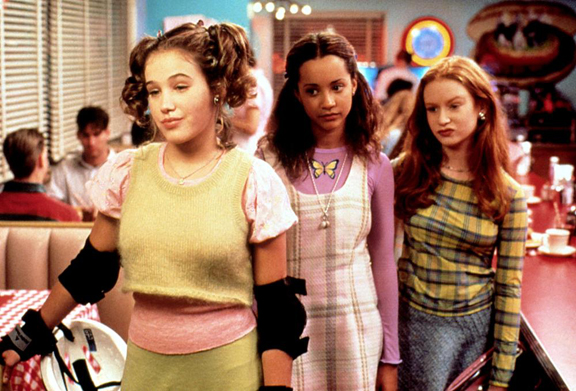 Natanya: Larisa was a really good girl from a really good family, very good structure. She had her eye on the prize. And I wanted to party. I wanted to like be this like Hollywood bad girl. And I didn't have the proper structure in place at home to help guide me. I just wanted to be 15 and 16, and hang out with boys and drink and smoke weed and like do all of this sh*t. But then towards the end of the show, we were all like the closest we'd ever been.

EBW: Can you talk about Baby-Sitters Club a little bit?

Natanya: Again, I was promised the role of Dawn.

Natanya: And Larisa got it. But playing that role was also one of the first times that I didn't have to be dressed super weird to be like a b*tch or a bad girl or a goth girl or whatever.

EBW: So I watched it preparing for this, and it's got such a strong female cast too. It really just stands the test of time. It's like the female Little Rascals, but totally on its own.

Natanya: It was a really special movie and it's definitely like stood the test of time for sure.

EBW: Do you still keep in touch with those girls? Obviously it was a big jumping off point for a lot of that cast.

Natanya: Totally. I obviously am so close with Marla and Larisa. I've seen Rachel like here and there. I know they did a BSC reunion, but I've had a decade of struggling with addiction after leaving the industry. So I missed out on a lot of those opportunities.

EBW: You did a couple things here and there, and you just kind of stopped.

Natanya: I was probably around 21 years old and I was very deep into a heroin addiction at that point that I had covered up for as long as I could. My alcoholic and addictive tendencies started really manifesting around 16. Like I said, my desire was just to like be f**ked up all the time.

EBW: That's so scary too. At that age how do you even come out of that?

Natanya: It took me like a decade, you know? There was a good 10 years where I was just so far off the radar. It took me a full 10 years and a lot of life-changing, heartbreaking experiences to wake up at around 30 years old and say, "I have to get ahold of this. I have to get sober. I have to change my life."

EBW:  And can you chalk some of that up to just the amount of pressure in being a child actor and everything that comes with that? 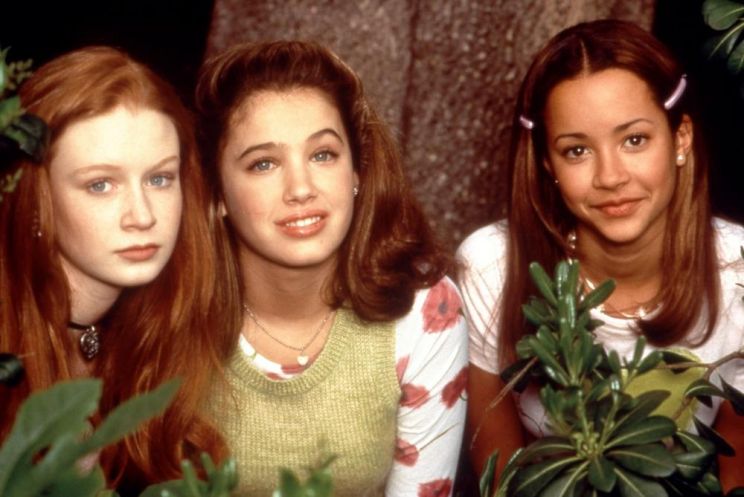 Natanya: I think there's some of that, but it's hard to nail it to that because I see a lot of my friends who turned out totally fine. The last 10 years of my life were dedicated to figuring out who I was and like being okay with that girl. Forgiving the younger girl in her twenties that f**ked everything up, even if it's just for me to sit here and tell you, and someone else hears it and they relate to it and they feel less alone.

EBW: It's a testament to you staying strong and it's just such a good ending to what could have been a really sad story.

Natanya: This could have looked a lot different. You could have had a totally different guest today.

EBW: So you and Shaun Weiss are really close and his struggles have been publicized in not the best ways. But I grew up a huge Mighty Ducks fan. And it's so cool to see that you guys are doing stuff together, and you're both doing well.

Natanya: I got called in a couple years ago to help out with the situation when things were really bad with him. I was just in the right place to help. But we reconnected and have become best friends. We travel the country signing autographs, but we really are the closest friends, and have been an incredible support to each other.

EBW: It's awesome that you can support each other like that. Also with nostalgia, obviously it's a huge market right now. I hope it doesn't go away. But how did that come about, you guys doing all these signings?

Natanya: It was like me and Shaun first and then I connected with Aaron Schwartz who was also in the Ducks and Heavyweights. Aaron and I became the best of friends instantly. And he connected me with his agent who became my agent for personal appearances and bookings with the Philadelphia Connection. So I met the Sandlot guys, Marty York, Victor, Shane, and I'd known Chauncey my whole life.

EBW: That makes my heart so full because I feel like I'm part of your guys' family and obviously I'm not.

Natanya: You're part of the family!

EBW: That's amazing. It seems like you have a ton of fun doing these events together. So then you had the Alex Mack reunion too. 20 years later. What was that like?

Natanya: It was absolutely amazing. What I do wanna say is that Nickelodeon never gave us our reunion. So that was produced, filmed, written, and paid for by me, Darris and Jason.

EBW: Speaking of Nickelodeon there's all this stuff coming out about Jennette McCurdy and how she was treated on the set of iCarly. Apparently she was being given alcohol underage, and there was lots of peer pressure. Can you speak to any pressures that you may have faced in that same vein, or did you have a completely different experience working on Alex Mack?

Natanya: We had nothing like that on set. We were protected so well. Tommy Lynch, who created Alex Mack, cared first and foremost about the safety and mental health of the young kids on set. And we created a family. But yeah, that's a sad f**king story. And I'm actually getting asked more and more about it. So I'm very curious to read her book and my heart goes out to her. It's heartbreaking and horrifying, and it's sad to hear that Nickelodeon is involved.

Natanya: And what I like to say when I do these interviews is that the coolest thing in the world you can be is kind. I struggle just the same way everybody else does. So the dopest thing you can be in this world is kind, that's it. That's the message I wanna leave with everybody.

EBW: Thank you so much, Natanya. This was awesome. 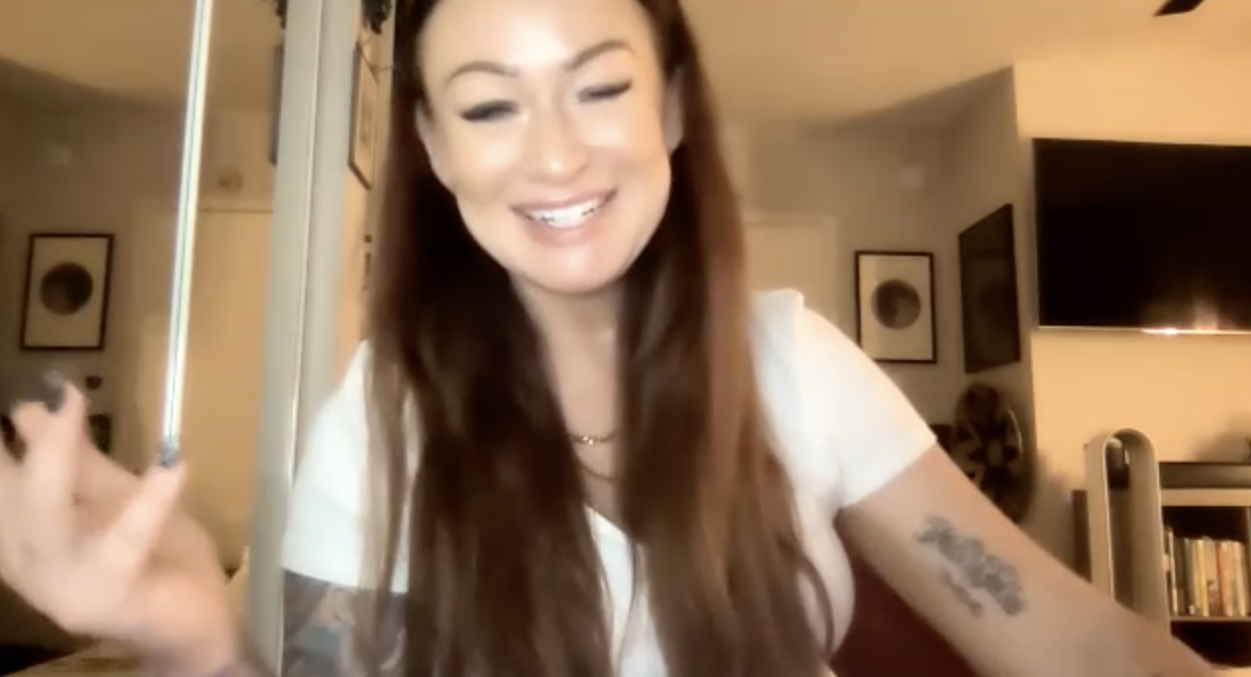 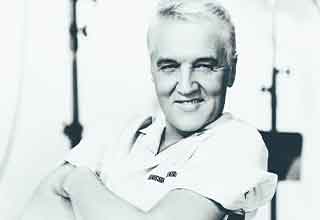