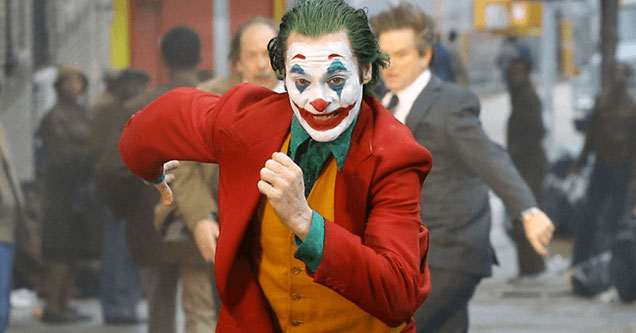 The Joker says the n-word is just a meme and from what we can tell will not happen when the Joker is released on October 4th. However, that hasn't stopped people from believing it to be true.

This is what Todd Phillips was talking about in his Vanity Fair interview when he said you can't argue with 30 million angry losers on the Internet. They will believe what they want to believe, see things as they want and you wont be able to do a damn thing about it.

Keep these coming black gamer friends. Goal is to have the most N Word Passes in history come my final day of reckoning. pic.twitter.com/L04MHlTY7M

Which is exactly how the 'joker says the n-word' meme spreads and becomes something people don't even question before getting angry about. The Joker will not say the n-word, at least not in the newest film coming out.

The meme originally started long ago with videos from the Nolan Batman films, would be edited to make the Joker say the word, or urge Batman to say it. But recently, there has a been a group of trolls going around stoking the flame that is Joker says the N-word.

For example, there is an entire Twitter account dedicated to the joke that has a total of 46k followers. 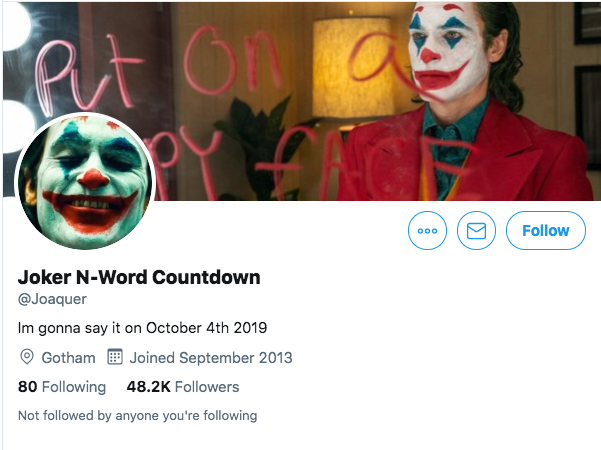 Also, there have been a few memes and selectively cropped news headlines contributing to the meme. Most notable example is this from Variety. 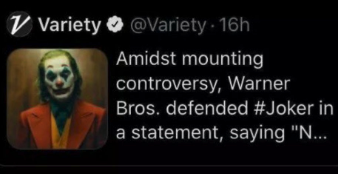 And really, in this day an age that is all it takes, for well, hundreds, maybe thousands of people to believe it. So strap in an enjoy some classic outrage about something that isn't going to happen!

So, yeah, the Joker movie's ruined for me, and it's sad to see people try to claim that comedy's "ruined" for them just because they're not allowed to use the N word anymore, among other bs examples.

Why yes I'm going to see Joker and say the N word in the theatre, how'd you know? pic.twitter.com/ArNEo02tMe

Well some people did anyways, but not everybody fell for the bait. 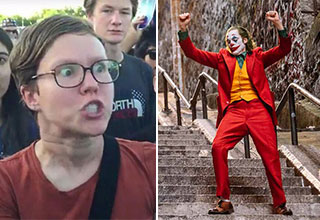