Penn State students lived mas over the weekend while holding a candlelight vigil for a local Taco Bell that is closing down. Hot sauce packets and flowers were placed on the ground and those in attendance sang In The Arms Of The Angel by Sara McLachlan.

Penn State students are holding a candlelight vigil for their local Taco Bell that is closing down.

Some things are bigger than sports pic.twitter.com/vsF9yZnVZj

A Facebook event called Taco Bell Vigil was created last Wednesday, and wax held Sunday night. The event details read, "Gone but never forgotten. Join us as we spice things up outside of our beloved downtown drunk food establishment."

"I am going to miss the taste of that crunchy taco and chicken chalupa. But what I'm going to miss even more is those late-night conversations I had with each and every one of you," organizer Prajesh Patel said. https://t.co/mQkFaxAjs2

According to the Daily Collegian, a student-run publication, the event was organized by Prajesh Patel who dressed in a taco costume and spoke to the crowd.

“We were all shooketh after hearing about the closing of this beautiful, beautiful State College establishment,” Patel (senior-computer science) said to the crowd. “Taco Bell was our home away from home, and added spice to our life." 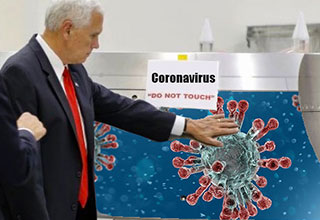