A recent viral photo of a woman at a beach in Queensland, Australia shows a mysterious object floating behind her in the water. Many internet theorists believe that it's some type of underwater reflection of a ghost saying it's a "phantom hand".

Monique Sicheter recently posted a photo on her Instagram with the caption, "Soooooo can someone tell me what this is?" In the water behind her is a pale figure, looking like a hand, but also could just be a reflection or a sea critter. 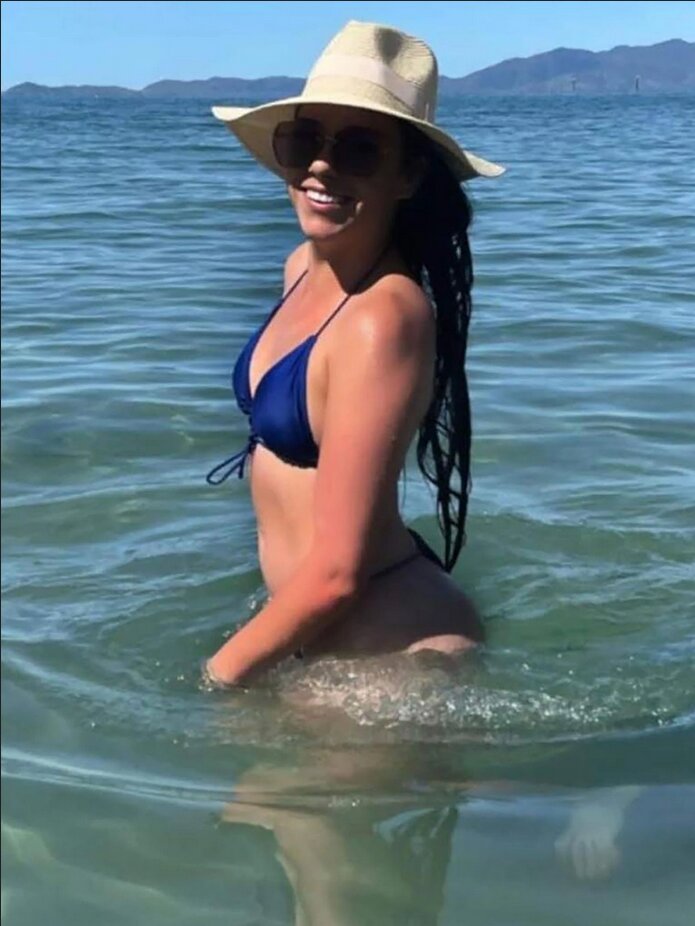 Many people on the internet were quick to deduce that it could very well be a dead body floating in the water.

However, Sicheter said the water was crystal clear and they could see everything around them. 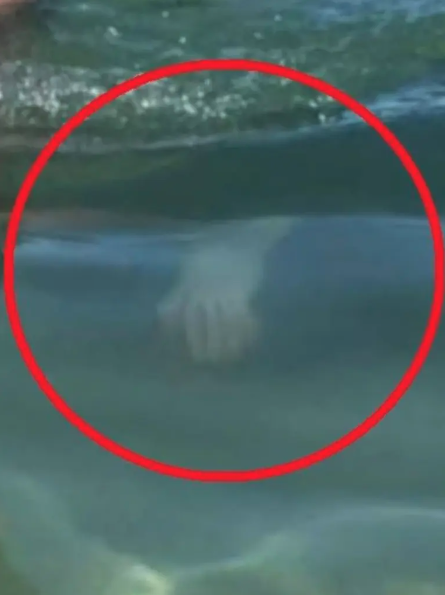 She only noticed the "hand" in the photo when someone at work pointed it out.

"I only noticed the ‘hand’ in the water two days later when I was showing a workmate and they pointed it out. I didn’t know what to think, I felt shocked and confused, and couldn’t get my head around if it really was a hand," she explained. 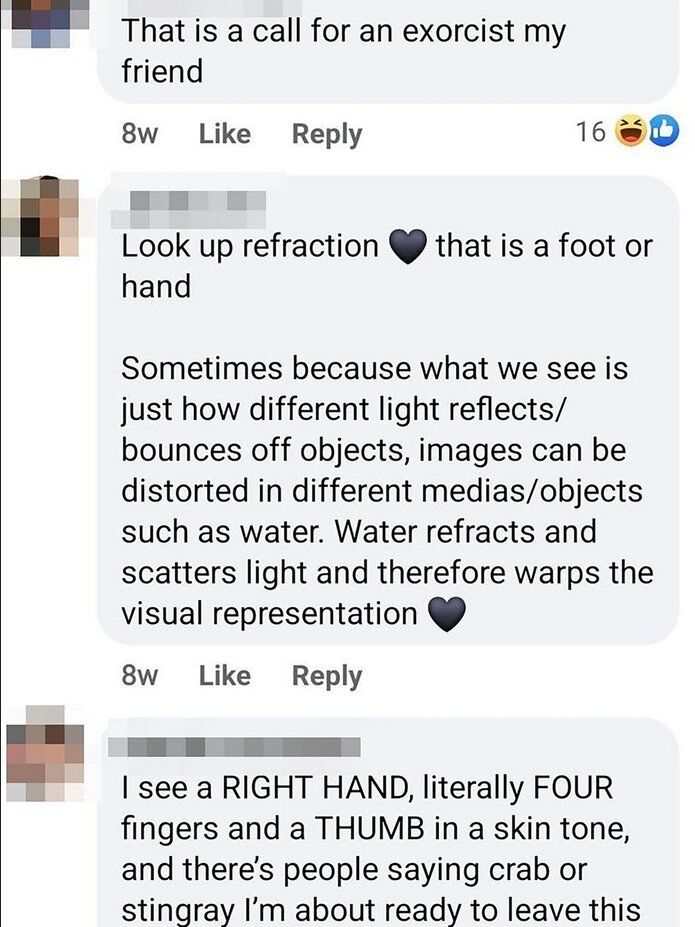 However, level-headed commenters quickly debunked the conspiracies by saying, "It’s an upside-down crab or octopus, or it could be a glove floating around in the water." 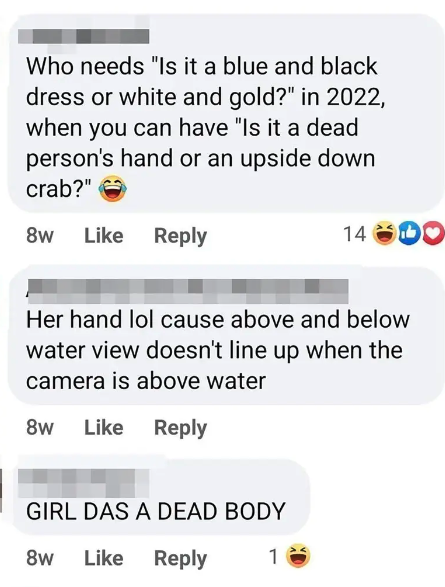 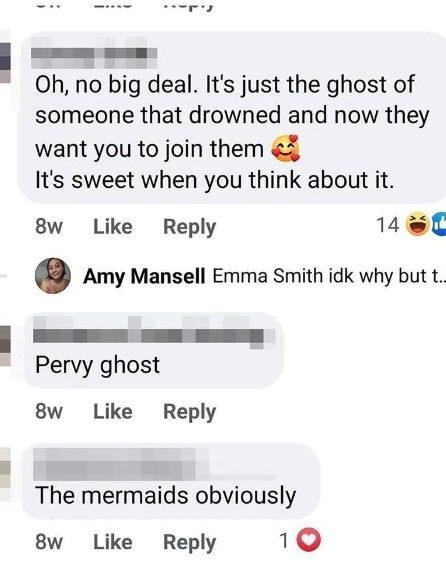 Sicheter concluded by saying, "I personally have no idea what it could be, as there are no reasonable explanations on what it is." Leaving an open end to this strange and creepy photo. 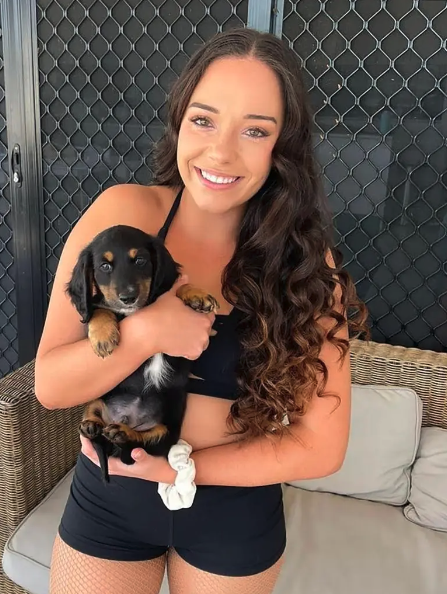 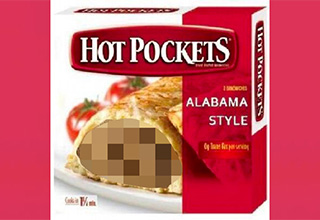