Joel Osteen is one of those 'give me your money if you want to get into heaven 'type preachers. And apparently, he's capable of threading some narrow needles, because this dude has zero worries about his own salvation.

But seriously, is this a shock to anyone at all? According to reports the plumber had been called to fix a broken toilet, and while doing his work he stumbled across envelopes of checks and cash stuffed inside a wall.

Yesterday, a plumber reported the walls literally stuffed with cash.

If you believe the negative things people say about you, if you let circumstances name you, then you’re giving it the right to come to pass.

The message is not that ambiguous and reads like he's giving himself a very public pep talk. And because we don't know the full details all we can do is speculate. Who knows, maybe whoever hide the money in a wall behind a toilet was playing a Blue Streak inspired con, but failed to pick it up.

What we can assume is that while Joel Osteen doesn't seem like an innocent person, we do wonder why someone would hide over half a million dollars in cash inside a wall for almost eight years.

But hey, stranger things have happened.

Gonna tell my kids this is Joel Osteen pic.twitter.com/R4juFtGlhc

Joel Osteen when he sees that they found the "stolen money" in his church walls pic.twitter.com/zksCb5QgmU 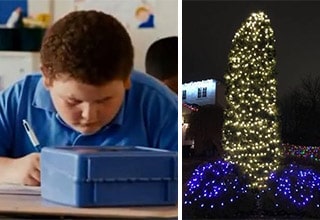