Chris Brown is once again being accused of some really bad sh*t. This time, stemming from a Miami yacht party in 2020. Now I don't want to automatically start this piece with the 'grab your torch and pitchforks' mentality, but f*ck man. It's well past time to start believing accusers.

I've honestly lost count of how many times Chris Brown has been named or involved in this kind of stuff. And just so we're clear, by 'this kind of stuff' I mean domestic violence and worse. Luckily thanks to a 2019 piece by People, we've put together a timeline of Brown's misconduct and terrible behavior.

Chris Brown and then girlfriend Rihanna get into a physical altercation. Rihanna is hospitalized. We've seen the pictures. Brown takes a plea deal including 5 years probation, community labor, and domestic violence counseling.

Brown appears on Good Morning America. Apparently something set him off, as he threw a chair at a window and left the interview shirtless.

Brown and Drake including their entourages get into a brawl at an NYC nightclub.

Brown attends a Halloween party that Rihanna also goes to. This is in direct violation of the restraining order Rihanna has against him.

Brown has an altercation with singer Frank Ocean. He allegedly punched Ocean, and a member of his entourage used a homophobic slur.

Brown and his bodyguard get into an altercation in D.C. Brown is arrested for felony assault. Brown enters a rehab center, but gets kicked out the next month for violent behavior.

The singer violates his probation stemming from the D.C. incident. An altercation occurs at a nightclub where Brown performed, 5 people get shot.

Brown is named in a misdemeanor battery case in Vegas. Allegedly, he punched a dude over a basketball game.

A woman accuses Brown of beating her, and taking her cellphone in Las Vegas.

After a stand-off with police, Brown is arrested on suspicion of assault with a deadly weapon at his mansion in L.A.

Brown punches a photographer at an event in Tampa.

Karrueche Tran, model and ex-girlfriend of Brown is granted a 5-year restraining order. This after receiving threatening and violent texts from Brown.

After a woman filed a rape complaint with police, Brown is detained in Paris on charges of aggravated rape and narcotics offenses.

A lawsuit is filed against Brown. 'Jane Doe' accuses him of drugging and raping her at a yacht party in December of 2020.

Take all of that for what you will. Clearly there is a pattern of anger issues, disregard for authority, and violence toward women. So my question is how many more chances are we going to give Chris Brown?

The most recent accuser states that Brown invited her to have drinks on the aforementioned yacht. They went to the kitchen area, and he poured her a drink. After he filled her cup the second time, Jane Doe began feeling dizzy and said that there was a 'change in her consciousness.'

That's when Brown led her to the bedroom and ejaculated inside of her.

The next day he sent a text telling her to take a Plan B pill.

Here's hoping some real justice is served in this case, and that Chris Brown finally gets what he deserves. 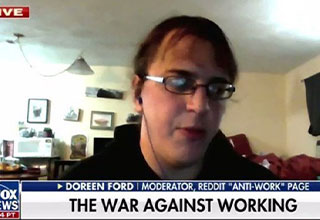