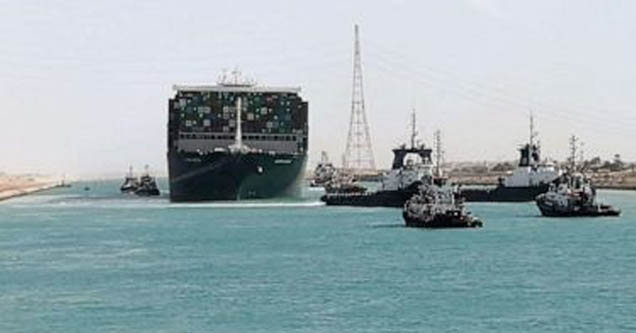 The cargo ship Ever Given, after getting hopelessly, hilariously stuck between the banks of the Suez Canal last week, has finally been freed. Traffic along the Suez - one of the world's busiest trade routes - has once again started to flow.

But the internet cares little for these logistical matters. No, we denizens of the net are sustained almost wholly by memes, and the Suez situation was a ripe source for them! As a result, there was a large contingent on Twitter that *demanded* the ship be put back into its previously hilarious predicament. 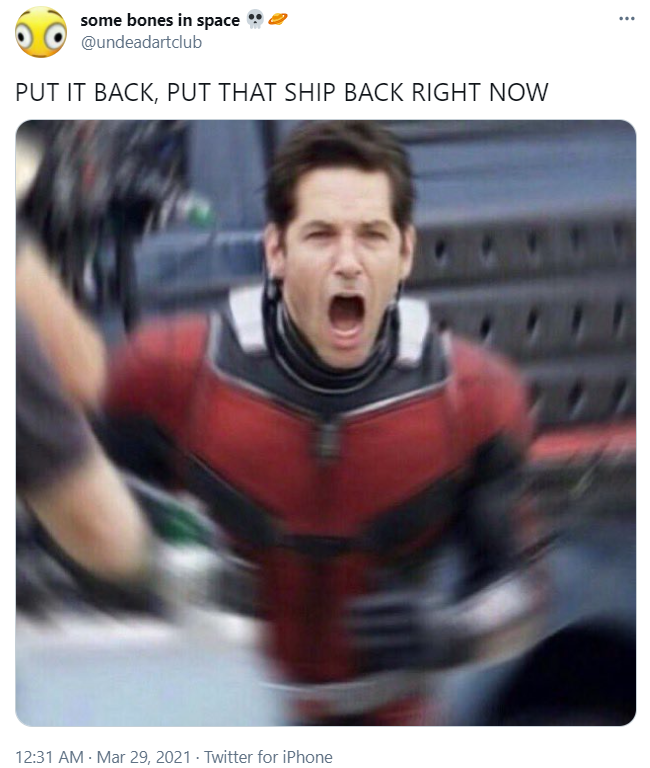 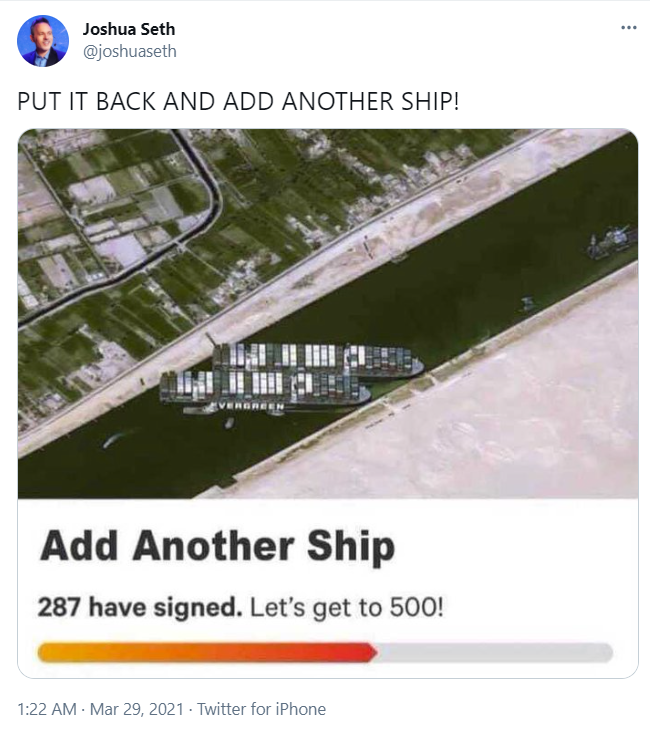 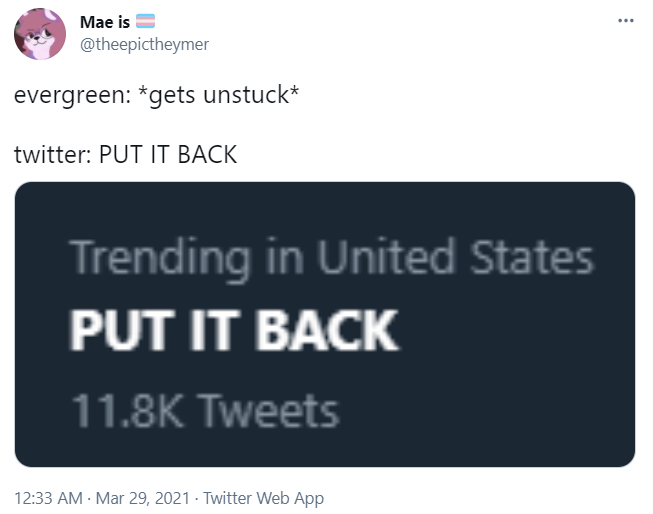 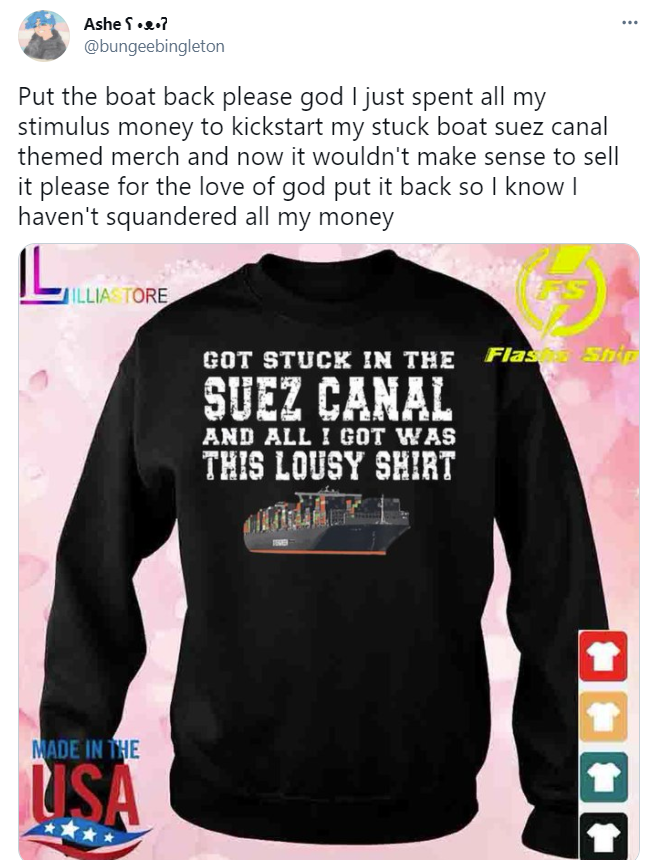 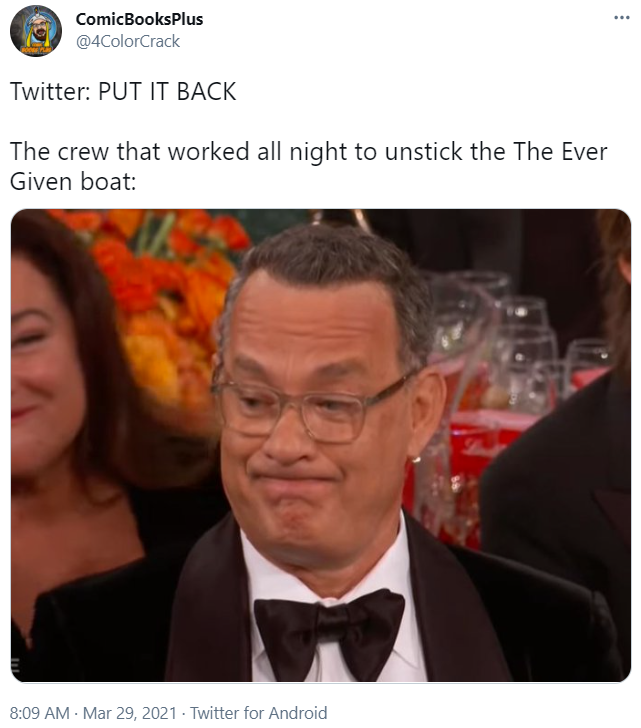 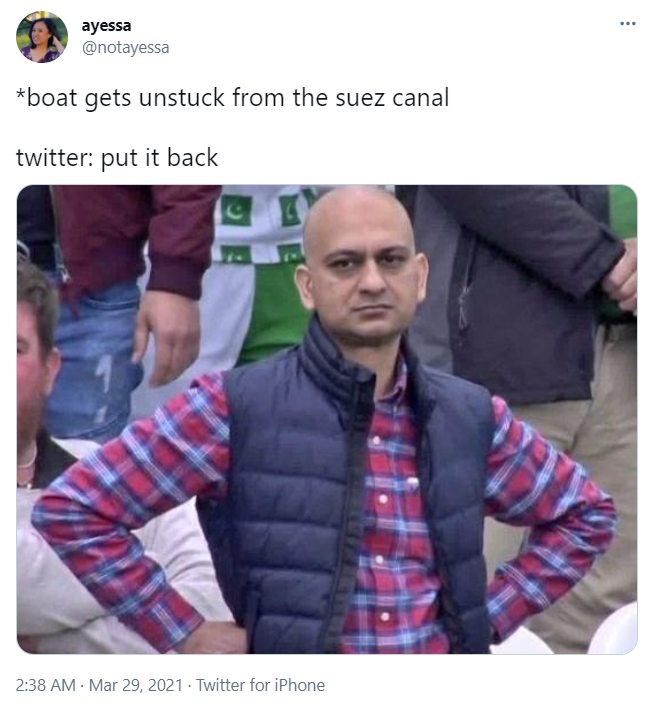 Ever Given a fuck about the memes? If they did they’d put it back https://t.co/I6rjhfQqqk

For a quick minute there, it almost seemed like Twitter was about to have its wishes fulfilled after high winds did temporarily force the vessel into an awkward and precarious position again. 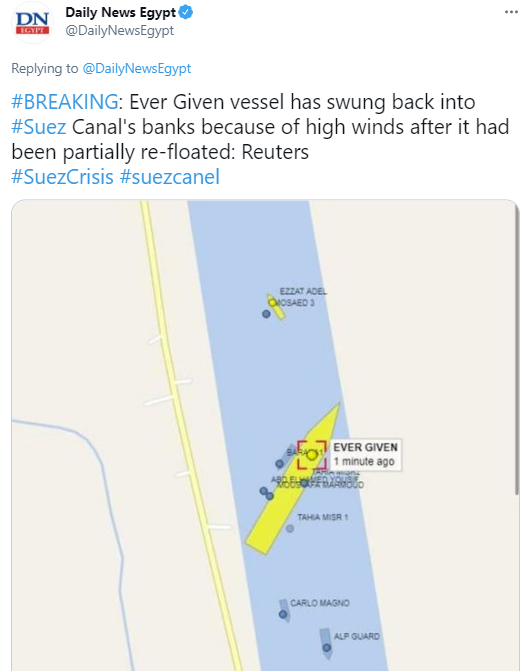 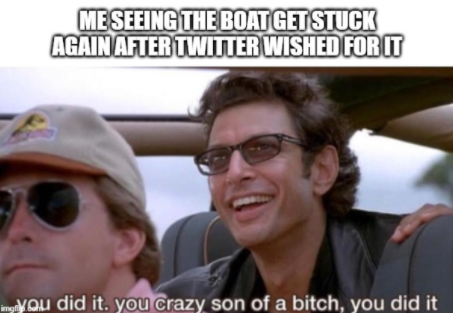 Ultimately, however, all good things must come to an end and the wheels of global trade can only stand for an inconvenience of this magnitude for so long.

Whenever the ship reaches its destination, I'm willing to wager the unfortunate nav crew aboard the Ever Given might be stuck shoreside for the foreseeable future. 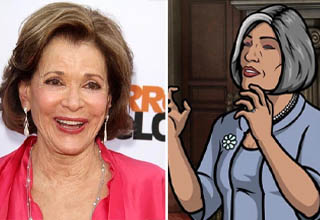