Earlier this week during the Toronto Raptors championship parade at Nathan Phillips Square, shots were fired injuring four people. Check out the story as it was reported on Twitter below.

Gunshots fired at the parade at the back south east corner of Nathan Phillips Square. One witness said four shots. Crowd ran. There is a victim down being given medical attention, surrounded by a crowd, and police are clearing people from the area. Speeches are still going on.

In this view from above, you can see just how many people are at the parade, and you can see the panic as people on the far side try to run away.

I’m on the roof of city hall and something is happening. People are running including what looks to be cops and security pic.twitter.com/FEbhw88OqI

And again. People running away from the right side. Not sure what’s going on pic.twitter.com/1fEoGoaVMl

.@TorontoMedics transporting several patients to hospital after a shooting in Nathan Phillips Square. Several patients including a @TorontoPolice officer injured during the stampede of people fleeing after the shooting #toronto

Police tape up a Queen and Bay intersection where I just saw one man loaded into the back of an ambulance. His head appeared to be wrapped but eyes seemed open. Eyewitnesses saying they saw cops run towards the Eaton Centre pic.twitter.com/PLNHt1MPVO

Another video also shows a shooting occurring in the streets of Toronto as fans were celebrating the same night they won the championship. 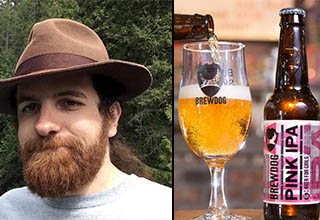 NEXT ARTICLE Man Identifies as Female to Get Beer Discount, Then Sues Brewery