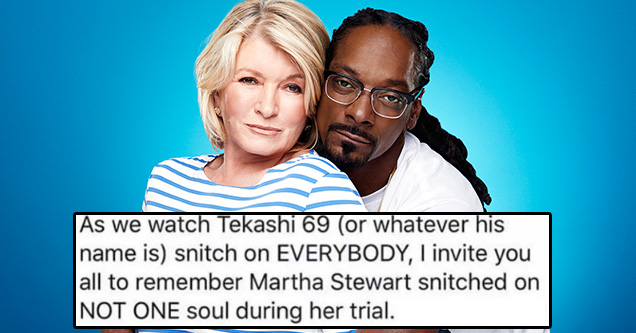 Rapper Tekashi 6ix9ine has been snitchin' on EVERYBODY lately, providing what might be one of the best refutations to Mobb Deep's assertion that there "ain't no such things as halfway crooks."

In the midst of all this ratting out, Snoop Dogg - one of the rap game's true OGs - took a moment to troll 6ix9ine by reminding the world what a TRUE gangster looks like: 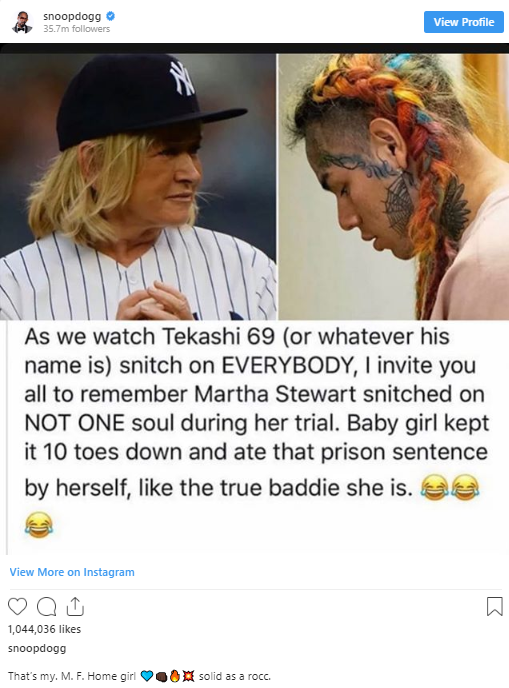 Snoop has been pretty vocal on how he feels about snitches, with Martha chiming in about how they share the same code of ethics: 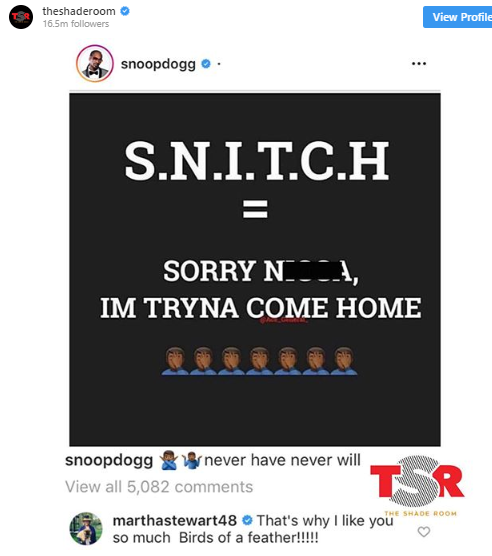 Stewart found herself in legal trouble back in 2004 for felony charges of conspiracy, obstruction, and making false statements, for which she served five months in a correctional facility in West Virginia. Snoop and Stewart have since formed an unusual and highly entertaining friendship that culminated in them co-hosting Martha & Snoop's Potluck Party, a talk show on VH1. 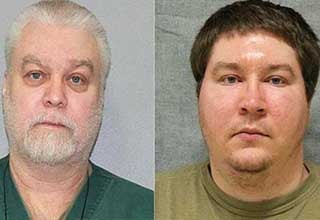