The apparent rules for heterosexuality are evolving all the time, but it's unclear exactly who's writing them. Recently, a woman opened up a wormhole after tweeting that she considers ordering dessert to be a "female thing."

a guy ordering dessert on a date is a red flag for me. that’s a female thing to do fr.

She then added that even ordering appetizers is unmanly.

i would seriously rather a nigga order 2 meals than to order an appetizer before his meal. if you dat damn hungry you look sassy orderin a spinach dip.

Some women defended the statement. The implied logic being that showing a want for dessert is fun and frivolous, and those qualities are understood to be gay in men(?).

when ur on a date thinking “ya u know what hes the one” and he goes ahead and orders dessert pic.twitter.com/uJWbh0WCWK

What I see when I look across the table after my man order dessert on the first date pic.twitter.com/6CjwbCimYZ

One woman even suggested that men who simply eat dessert are gay.

The comment raised some interesting ideas about whether certain parts of a meal can be considered more homo- or heterosexual. (If appetizers are apparently gay, what does that mean for side dishes?)

But soon men from all directions—Right, Left, and gay—starting chiming in to say that there's nothing gay at all about eating or ordering dessert.

Being a man is so shitty. Can't order dessert, can't drink smoothies, can't buy appetizers, we can't be excited for the $1200 and now once we get the $1200 we gotta give it to our girl? So we can't have money either https://t.co/TI2hz7KWe5 pic.twitter.com/lh0CB6ykOy

You’re saying it’s a red flag for a man to order a dessert or an appetizer. Excuse me bitch it’s a red flag to fry bologna and add Funyuns and call that shit a sandwich https://t.co/eUUgjLZIF5

Then came the trolls to be the voice of chaotic reason.

how dudes get ready before they go out to dinner and order dessert pic.twitter.com/9nbTwBkak8

as a queer man, I like to scream “I ORDER DESSERTS” to women walking on the street at night just to give them peace of mind

When you out to eat and your homie orders dessert pic.twitter.com/kTCISwWDVQ

Ultimately this idea ties into the longer-standing joke about very basic, everyday things supposedly being markers of gayness. "Fellas, is it gay to take out the trash?" "Is it gay to be a man?"

We're not sure what new ground this discourse will creep into next, but it will likely be just as braindead. 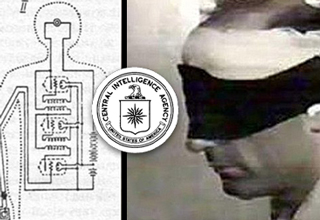