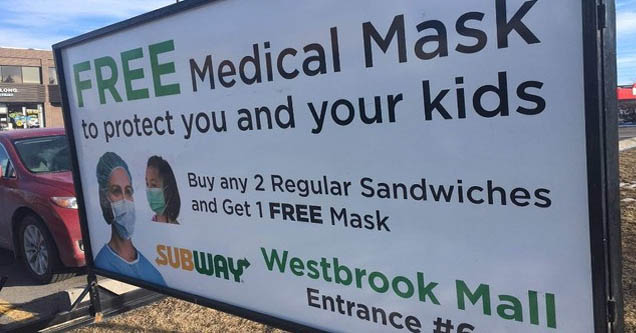 I've heard that the Chinese characters for "opportunity" and "crisis" are the same. Whether that's true or not,  it's clearly a philosophy one Subway sandwich shop owner lives by.

Unless you've been living in a cave until last week, you're doubtlessly aware that restaurants are hurting right now what with everyone having to stay home all the time thanks to a global pandemic. Simultaneously, the medical supply business is booming as people from all walks of life hoard up on protective equipment like masks, gloves, and sanitizer.

I imagine that's what inspired a Subway franchisee in Calgary, Canada to launch the very real, incredibly tasteless promotional deal you see below: 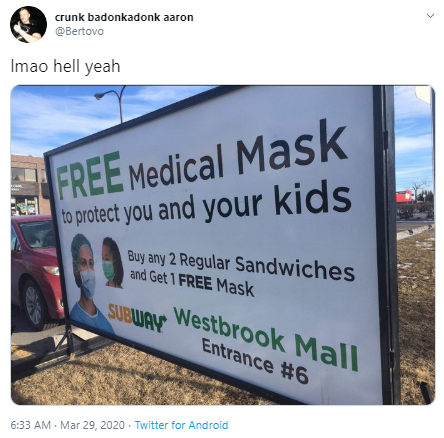 I think it goes without saying that the internet was 100% ready to roast the everloving s**t out of this:

I saw this and was like "wait is this Calgary. This looks like Calgary". Low and behold....of course it's Calgary. pic.twitter.com/ZJ18xULdaW 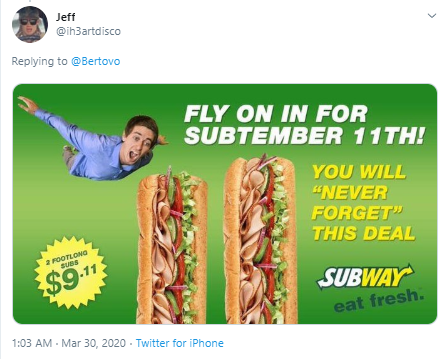 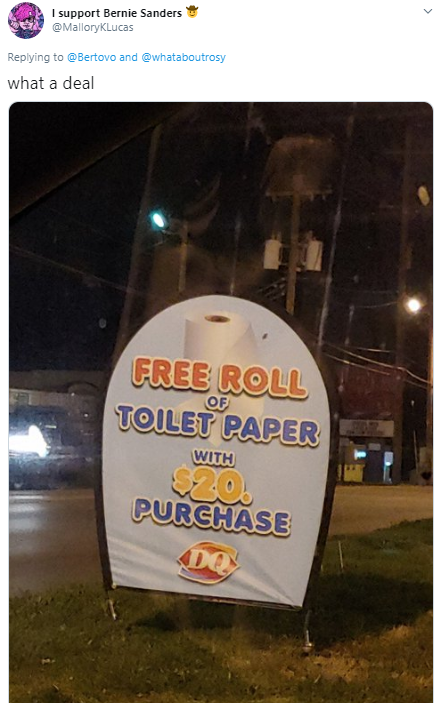 It should be noted that the owner of that shop is struggling to stay open with a reported 80% drop in sales, while simultaneously not firing his employees (yet). Still, it definitely isn't a good look - especially as hospitals worldwide experience massive shortages of things like masks for doctors who on the frontlines and actually have a desperate need for them.

Subway Canada clarified that the promotion was NOT approved by the company, referring to it as "an unsanctioned and completely inappropriate promotion undertaken by a franchise owner." The company spoke with the shop owner and instructed him to take down any and all signage related to the promotion. 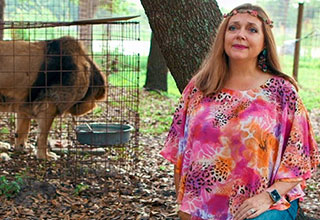