An unidentified gunman opened fire this morning on a Brooklyn subway train in New York City, wounding over a dozen people and leaving five in critical condition.

According to reports, the training was approaching the 36th street station when the assailant donned a gas mask, let loose a smoke canister that quickly filled the compartments and those near it with a debilitating, greenish smoke and then opened fire on other passengers within the haze.

The gunman was not apprehended and remains at large somewhere in the city today.

The clip below shows a mob of panicked passengers rushing out of the train cars as smoke billows out into the station platform. Numerous wounded collapsed there on the platform, with one being given a tourniquet by a bystander.

In this secondary clip, an unidentified man bangs on the door of a car adjacent to one being assaulted. Scared passengers crowd the other side of the car.

Here goes the video of this morning’s mass shooting on the subway train in NYC. pic.twitter.com/tbDOUUHXHO

Here we see some disturbing footage from within one of the assaulted train cars on the N train, thick with the strange smoke.

There is another video from within the first car that shows panicked passengers reeling moments after the attack, with one of the wounded crying out in pain amid the blood-spattered floor of the train.

Despite earlier reports that there were explosive devices on the trains, New York City Police Commissioner Keechant Sewell released a statement assuring the public that there were no active bomb threats.

According to NYC Police Commissioner Keechant Sewell the are "no known explosive devices" on New York City subway trains at this time.

"This is not being investigated as an act of terrorism at this time," Sewell says. pic.twitter.com/o3Hp09xjgZ

A massive manhunt is currently underway for the attacker who was, reportedly, heavyset with a construction-style vest, brown backpack and the widely-reported gas mask.

My statement on this morning's shooting in Brooklyn: pic.twitter.com/TbLfCZa7WW

According to new reports, the cameras at the station were "inoperable" at the time of the incident, with the sole image of the suspect coming from cell phone video like those above. 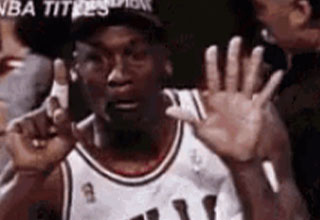