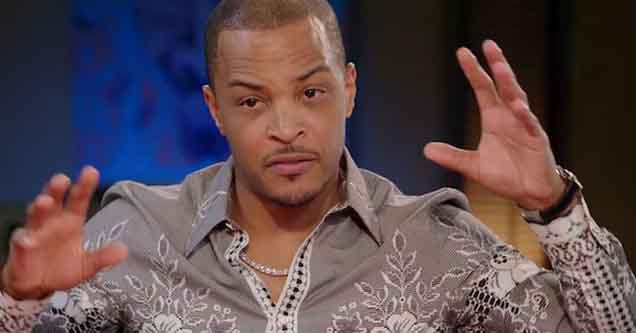 Rapper Tip "T.I." Harris has been under a lot of fire lately for some controversial comments he made earlier this month regarding his daughter Deyjah's virginity. While appearing on the "Ladies Like Us" podcast, Tip revealed that he attends annual checkups with a gynecologist to check that Deyjah's hymen (and, consequently, her virginity) is still intact.

Those comments received a ton of backlash online, with many, many people commenting that not only is T.I.'s handling of this situation extremely creepy and overbearing, it's also downright misogynist and relies on an outdated definition of virginity.

This week, T.I. sought to clear the air and present his version of the facts by making an appearance on Jada Pinkett-Smith's online talk show, "Red Table Talk" alongside his wife, Tameka "Tiny" Harris.

T.I. attempted to walk back his earlier comments by saying that people misunderstood what he said. Specifically, he tried to say that he was purposefully embellishing the truth as a joke. He also stated that his wife was always present during these exams and that the hymen checks were only conducted until a few years ago - they have not continued into Deyjah's present-day life as an 18-year-old.

Leaving aside the fact that a hymen check until age 16 is still creepy as f***, there's also the fact that the tape from the podcast contradicts what T.I. said.

In the audio clip from the podcast above, T.I. can be heard bragging that he accompanies Deyjah to the OB/GYN every year as well as joking  about how he lets the doctor know that he needs to be privy to the results of the exam:

So we’ll go and sit down and the doctor comes and talk, and the doctor’s maintaining a high level of professionalism. He’s like, ‘You know, sir, I have to, in order to share information’ — I’m like, 'Deyjah, they want you to sign this so we can share information. Is there anything you would not want me to know? See, Doc? Ain't no problem.

Most damningly, there's also the part towards the end where he clearly says:

I will say, as of her 18th birthday, her hymen is still intact.

Regardless of what the actual truth might be, one thing is clear - T.I. should probably just let his kids live and not air their dirty laundry via public forums. 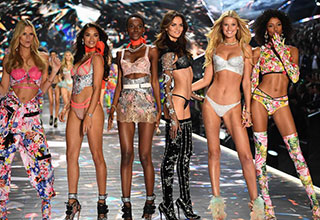 NEXT ARTICLE The Victoria Secret Fashion Show Has Been Cancelled