An article published by TheTab last week detailed ten celebrities and their carbon emissions. The information sparked a lot of controversy on the internet, and people started speaking out against private jet use. Many obvious celebs made the list: Jay-Z, Kim Kardashian, and at the top, Taylor Swift. With over 8,000 tons of CO2 emissions, Taylor Swift's plane has taken off for 170 flights this year alone at an average of 80 minutes per flight.

A spokesperson for Swift recently made a statement about her private jet saying, "Taylor’s jet is loaned out regularly to other individuals. To attribute most or all of these trips to her is blatantly incorrect."

Maybe she didn't take all those trips, but they seem to be missing the point that nobody should be flying in a private jet.

Some Swifties are on here defending Taylor Swift's private jet use, to which I say--
she's a millionaire and even if it isn't *her* that's taking all those flights, it's still a heinous amount of flights in a short time span. We're literally all going to die of climate change-

Private airplanes, on average, are the cause of over one million tons of CO2 emissions each year, 14 times more polluting than commercial jets.

Just weeks before the information about her wasteful ways, a photo of Swift was snapped of her trying to exit her jet incognito by covering herself with an umbrella. So, she is using the plane when she needs it. 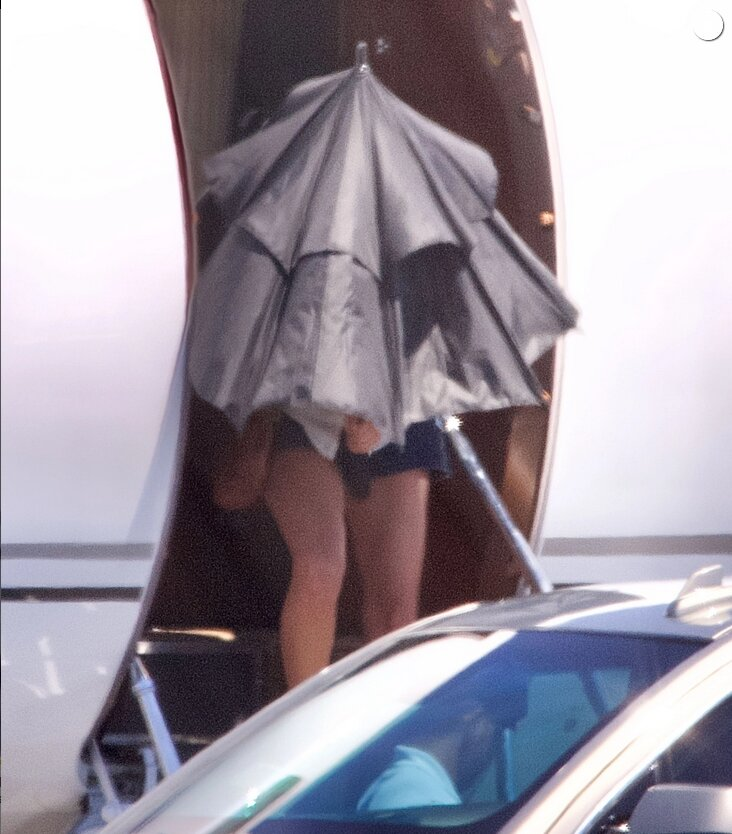 This isn't the first time Swift has come under fire for her carbon footprint. In 2020 the pop star owned not just one but two private jets. After selling the smaller of the two, many people criticized her for even owning one.

Fueling and maintaining private jets is expensive. Many private plane owners will charter their planes out to others to pay for the high cost, and if they are a celebrity, they charge more. There are also hangar fees and storage, so many of the quick 13-minute flights could just be the plane being parked in the hangar. 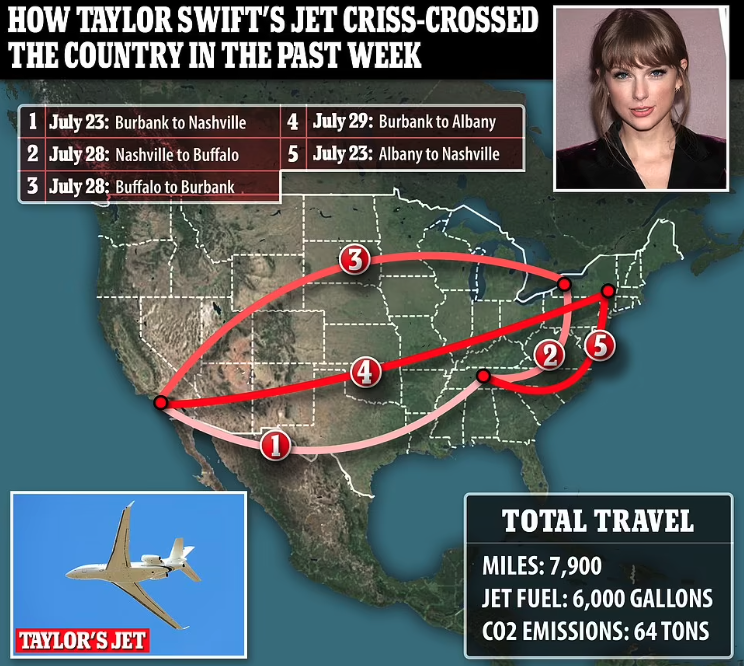 Nobody should own private jets. Celebrities should take commercial flights like everyone else.