One of the most successful television franchises of all time returned to our screens last night, in the form of the “Game of Thrones” prequel “House of the Dragon.” Needless to say, people tuned in, with the volume of viewership crashing HBO max for some. Just take a look at this NYC apartment building.

Unless you’ve been living under a rock, you’ll know that the final seasons of “Game of Thrones” were met with significant criticism, and understandably many fans were reluctant to give this new show a chance. That being said, it would seem that those who did are glad they tuned in.

Me tuning in to House of Dragons after slandering Game of Thrones hellaciously for the last 3 years pic.twitter.com/HqsC8XvKrS

me after being disappointed by the final season of game of thrones: “i guess i’ll give house of the dragon a try”

me to HBO after watching the first episode: #HouseoftheDragon #HOTD pic.twitter.com/VPpeMHAhyb

Yeah this is the Game of Thrones I used to love, what a spectacular comeback 10/10 first episode

This might be the most graphic season of Game of Thrones ever. I love that for us.#HouseoftheDragon #HouseOfTheDragonHBO pic.twitter.com/0ICA884TKA

In the end, when that iconic theme song played, all of the amazing memories we made watching what was undeniably some of the greatest television ever produced came flooding back. Let’s just hope HBO can stick the landing this time.

Wow #HouseoftheDragon what a phenomenal first episode. It really feels like Game of Thrones is back. The acting, writing, and cinematography were fantastic. Great start to the season. Can’t wait for next week! pic.twitter.com/10b98ZAccW

The Game of Thrones prequel actually started in black and white with Daenerys working at a Cinnabon, pretty bold choice imo 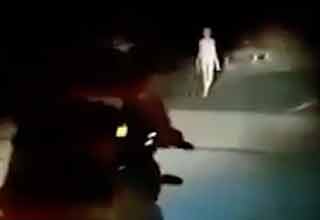 NEXT ARTICLE What in the Heck is This Strange Alien Like Creature?