We are sorry to report, but Candian musician Abel Tesfaye, known by his stage name, 'The Weeknd' has not permanently ***ed up his face.

The pictures going around social media, show an image of The Weeknd with facial injections in his cheeks and lips. Last November at the AMA's Mr Weeknd appeared on the red carpet covered in bandages, leading many of his fans to believe he had gotten plastic surgery.

Turns out it was all a stunt to promote his new music video, 'Save Your Tears', which debuted yesterday.

A "before and after" picture for those unfamiliar with the singer. 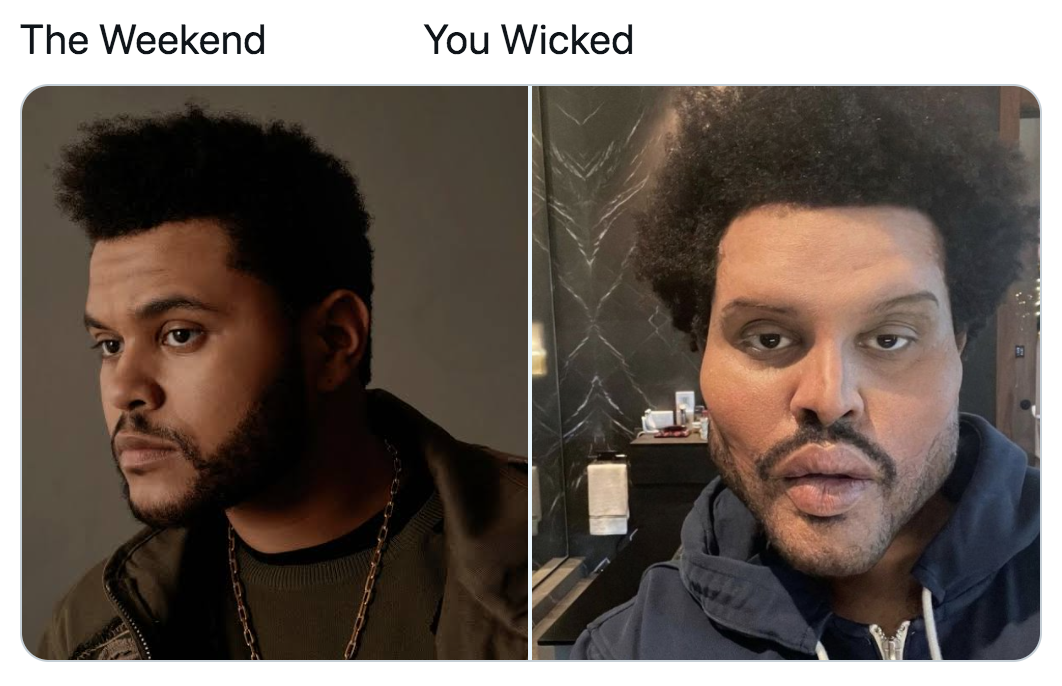 Many fans weren't sure if the plastic surgery was legit or not. And even a number of large news outlets, including the NyPost, reported the news as if it were true, which it isn't. The Weeknd did not undergo real plastic surgery. The face you see is the product of prosthetics and is not permanent, sadly. 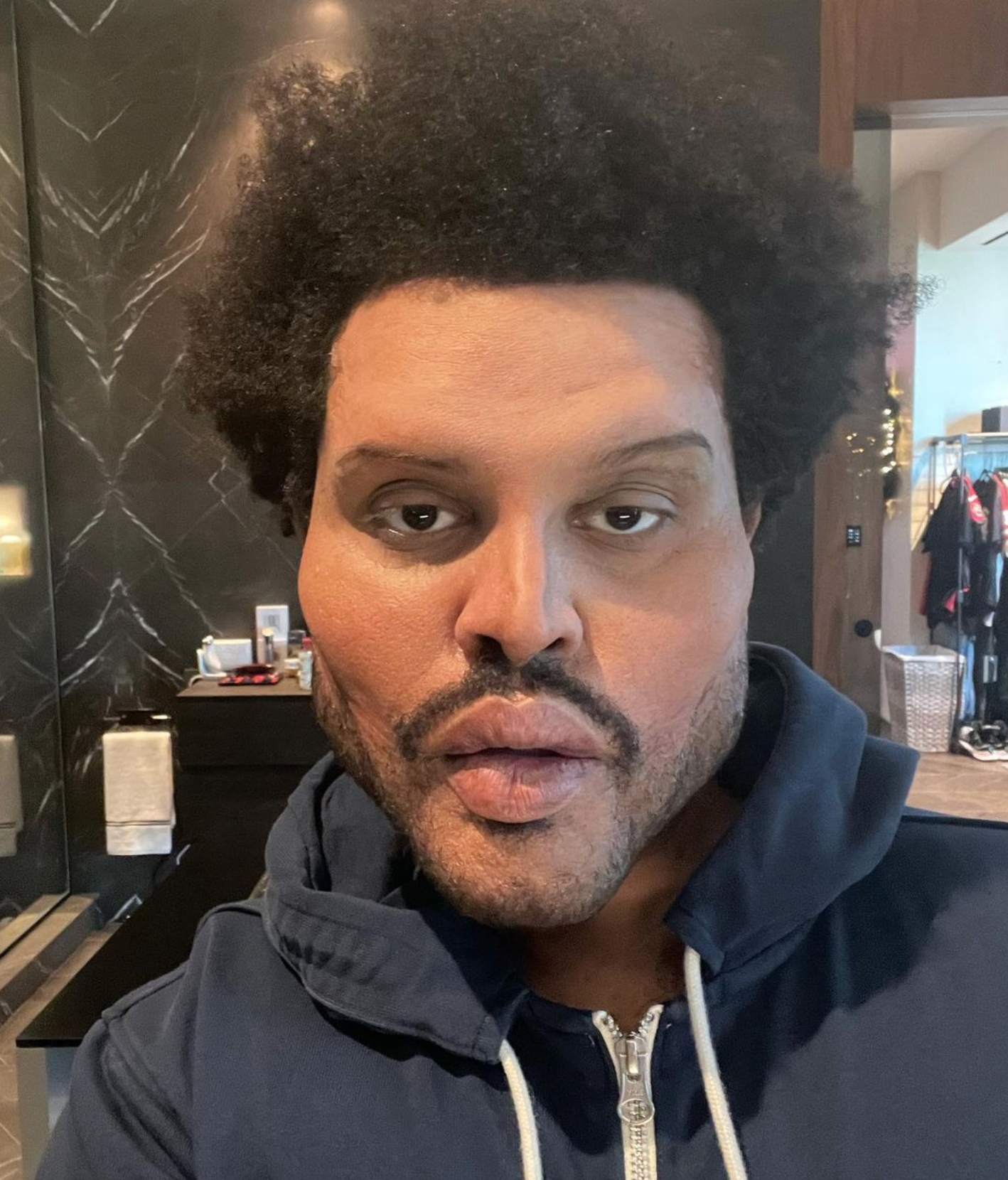 It says something about us or more so about celebrities that many people assumed the news was real. We are so used to artists doing whatever it takes to keep our attention that if you're not doing something like running for president or starting a beef, people won't pay attention.

So the Weeknd, knowing this, played a two-month-long con just to become a Squidward meme. Nice!

The Weekend Out Here Looking Like Handsome Squidward.. pic.twitter.com/drXUq1BkW3

God: All humans are created in my likeness and image 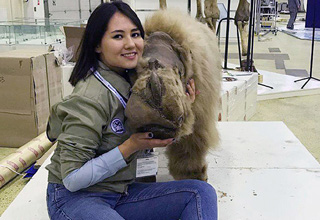