Disney has dropped its trailer for the upcoming live-action remake of The Little Mermaid. Reactions are mixed to say the least, with the YouTube video amassing over 16 million views and one million dislikes so far. The controversy? Ariel is being played by Halle Bailey, a black actress, and people can’t help but be racist.

Obviously, The Little Mermaid is a fictional children's story about mythical creatures, but many people can't seem to wrap their heads around a black Ariel. A character who is half human and half fish really shouldn't be pissing people off for a "lack of authenticity." One Twitter user has already been banned for digitally editing the trailer to make Ariel white. 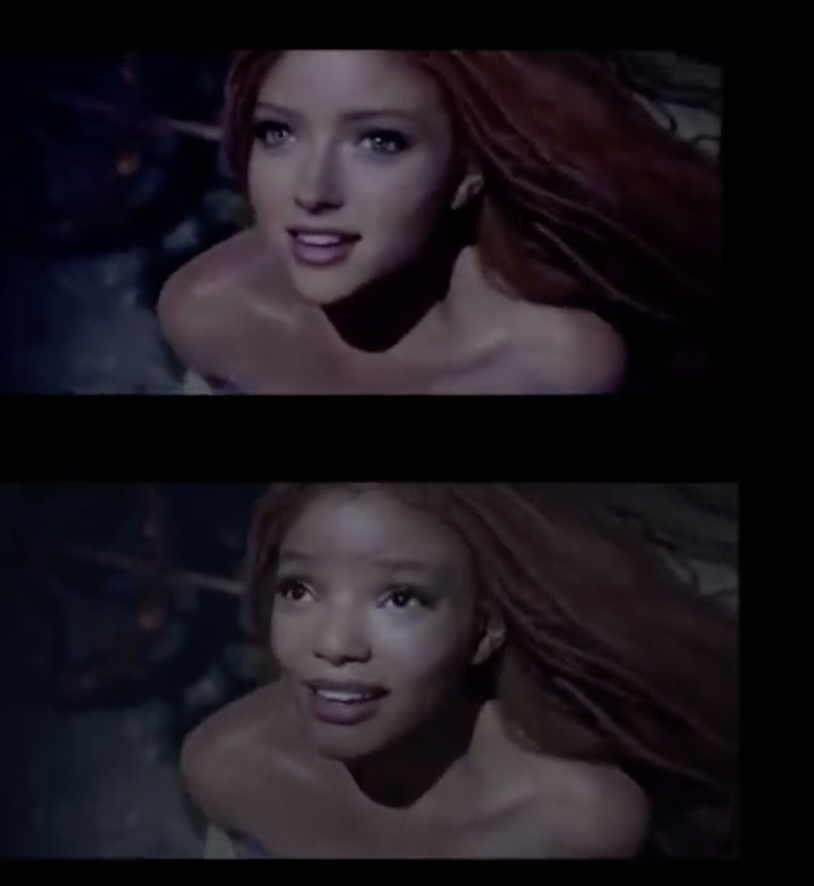 Perhaps one of the more ridiculous takes on the trailer came from Daily Wire host Matt Walsh. 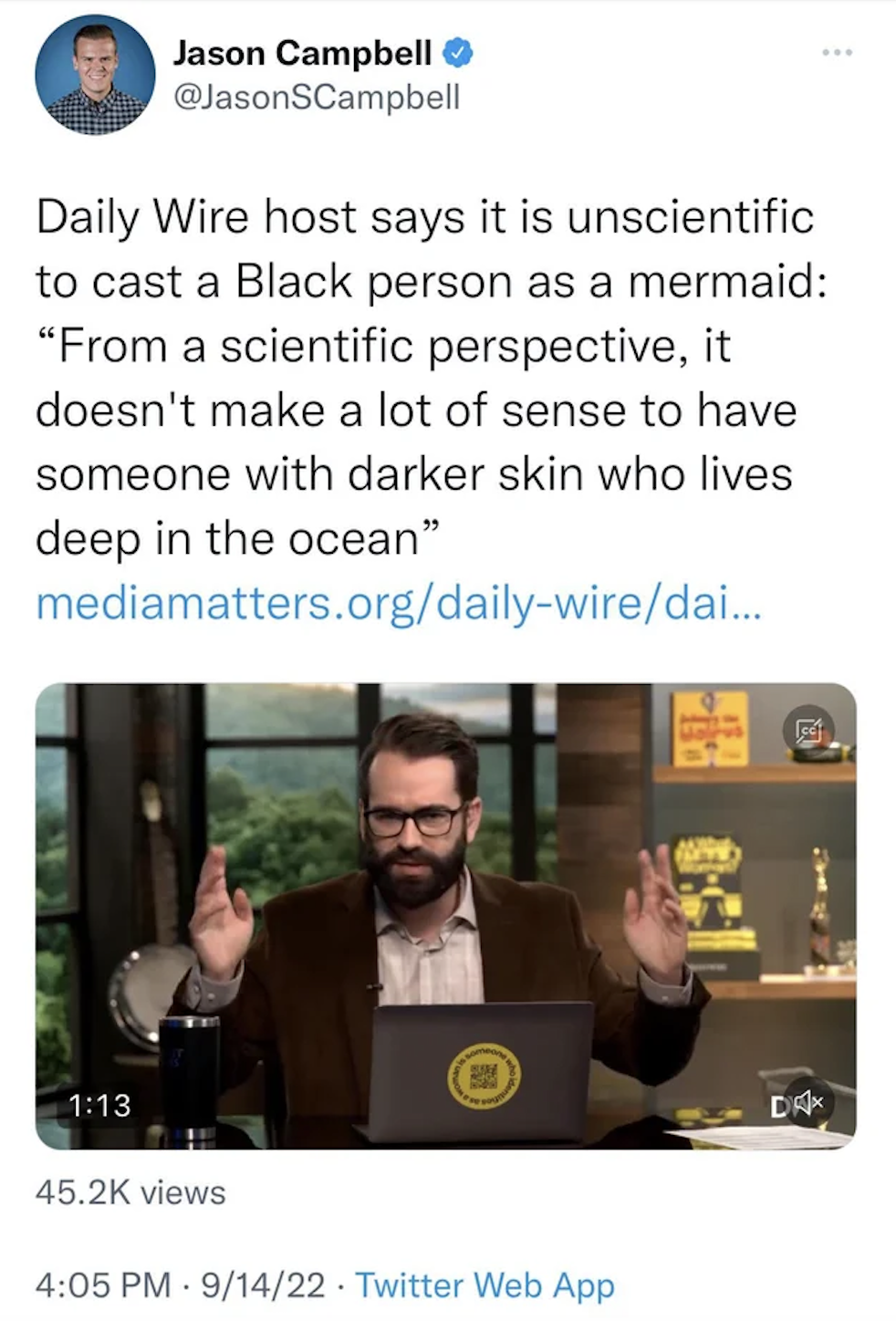 You can see the rest of his opinion here, but in summary, he goes on to argue that she should actually be translucent like a deep sea creature, "FrOm a ScIeNtIfiC PeRsPeCtIvE." 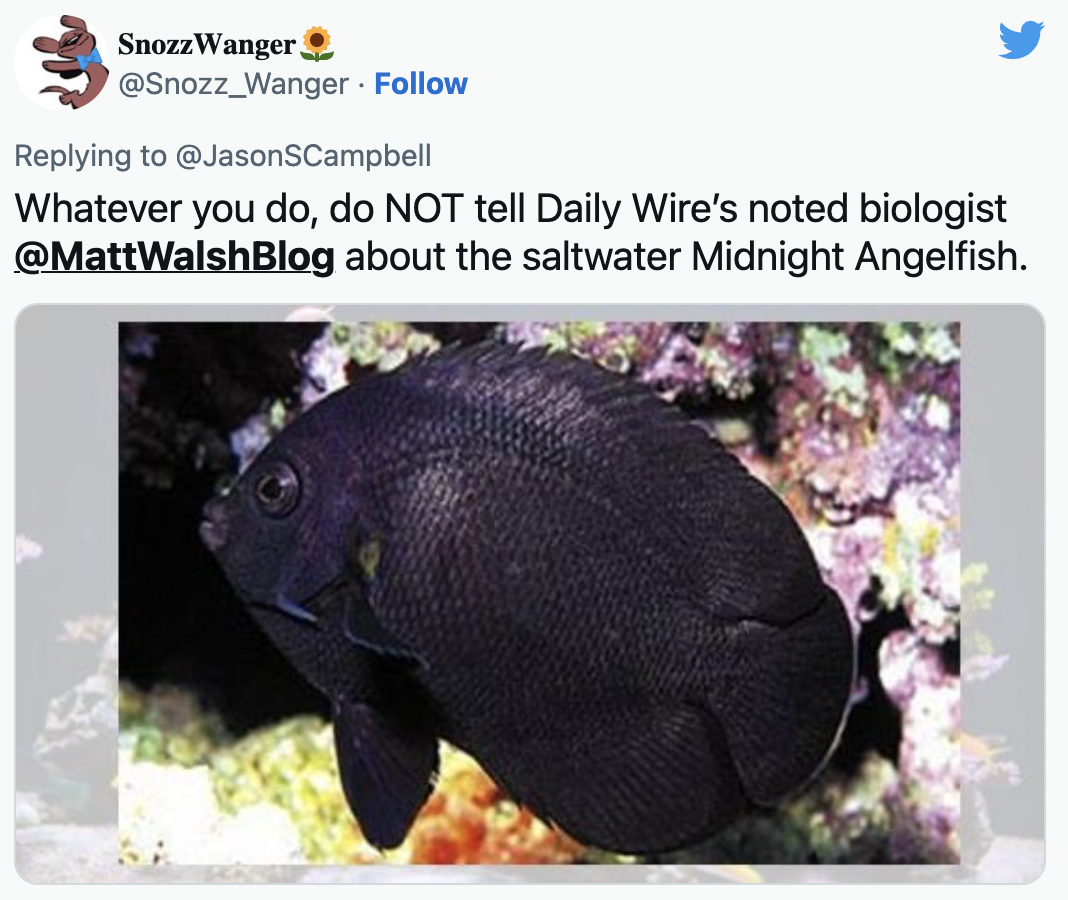 Others seem to think that because a black actor was chosen for this live-action remake, race in movie roles everywhere else is insignificant.

Alright.
But then Black Panther can be white pic.twitter.com/495nAKPVoq

OK if that is OK. ?? pic.twitter.com/ZCK3yGIFVk

Many YouTubers seem to think that all the the dislikes on the trailer mean Disney regrets its casting choices.

We need a name for these types of video thumbnails pic.twitter.com/SNxM4CpwAR

Ultimately, the reactions that will matter the most are those of kids experiencing The Little Mermaid for themselves, and wholesome videos are popping up left and right showcasing the true positive impact of casting Halle Bailey.

Black parents on social media are sharing heartwarming videos of their children seeing a Black actress as ‘The Little Mermaid’ for the first time pic.twitter.com/D1vT7dB7HJ

If you are a grown adult who has a real issue with a black Ariel then you have to ask some serious questions about your core beliefs. I guarantee that the only kids watching this trailer who had a problem with it were ones who were told to feel that way. Anyone trying to argue "integrity of character," or "science," are doing a bad job of hiding their true motives from society and themselves. This movie isn't even a sequel, it's a remake. It's a different movie. Any character can be or do anything different than the first. Ariel is a beautiful mythical singing mermaid with red hair who lives under the sea, just like she always has been. 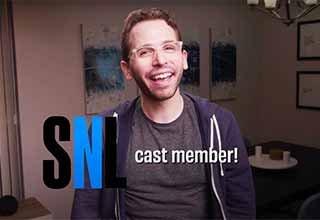