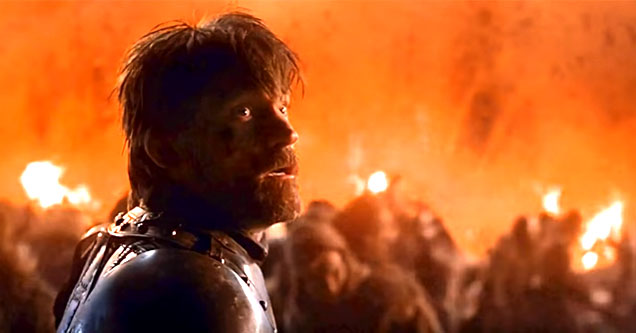 Yesterday, Reddit user czmanix posted brightened up and slowed down videos from last weeks Game of Thrones Season 8 Episode 3, "The Long Night." Many people were complaining about how dark the show was and while the director was going for a more natural and realistic look, it really did make parts of the show less enjoyable. Here are the three scenes that were posted.

This is the best one in my opinion. It shows just how intense the fight was and more importantly which dragon is doing what. You can also see Jon Snow's coat getting ripped off which I never noticed before. Why spend all that time and money to make something like this so detailed and not let people actually see what's going on?

2. The First Wave of Terror

The side-by-side comparison in this one really shows just how much of a difference upping the brightness makes. I get that not being able to see the enemy makes brings up the tension and makes it a little scarier, but it's nice to actually see what's going on. Maybe they could have compromised somehow?

Last but not least, here is the crypt scene. While this is one is definitely a little too bright, it helps you pick up on details that you may not have previously seen. A side-by-side comparison on this one would have definitely been cool. Also, I didn't notice on first watch that Sansa and Tyrion are hiding behind Ned Stark's grave.

I imagine a lot more of these will be showing in the next few days. It might be cool if someone posted the entire episode brightened up as well! 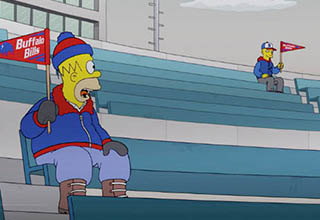