What in the ever-loving nightmare fuel is going on in Spain? Well according to our friends over at Know Your Meme, the Sabadell transit system decided to update their mascot. Why a transportation organization needs a mascot is beyond me, but here we are.

I thought you all might like to know that, here in Spain, Sabadell’s bus service has unveiled its new mascot - Bussi pic.twitter.com/BFlXkzO8MS

Apparently TUS (Transport Urban Sabadell) was completely oblivious and unaware of the LGBTQ term 'Bussy' which is slang for 'Boy pussy' or 'Butt' that we as Americans have taken and forever engrained in the form of memes.

You get the idea.

So of course they went ahead and chose a perfectly appropriate name for the terrifying mascot - you guessed it - La Bussi.

Once the internet learned of Bussi, the thicc boy mascot, the memes began flowing like the salmon of Capistrano.

the name murdered me, the dance buried me. cause of death: bussi https://t.co/d8IC96zgLU

As if a dabbing, dancing, transit mascot with the face and head of Grimace, donned in a subway map wasn't enough. The name just pushes it over the edge. La Bussi is already stealing people's hearts, scaring toddlers, and taking over the internet.

We can't wait to see what the future holds for La Bussi. 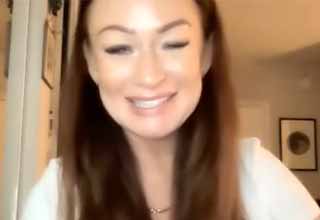