A couple has gone viral on TikTok after sharing their strange marriage rules that most people would consider questionable. According to the comments they've received, most people view their rules as a huge red flag.

"We received backlash on multiple videos we posted regarding some of the things we mentioned we do," Jaden said.

The debatable things they do is share their live locations 24/7 on their phones with each other, share all passwords and texts, and aren't allowed to hang out with the opposite gender alone.

Most people agreed that these things are a sign of having problems with trusting each other. "How often do y’all check that stuff? Having it is one thing, checking on each other all the time sounds like a trust problem," one user commented.

"You almost had me! I don’t care who my husband hangs out with … because I trust him," another said.

The McGrews said they agreed to these rules from the beginning of their relationship and it has worked so far.

"These are things we agreed on in our relationship over time and from experience. We never really sat down and came up with ‘rules,’ but that seems to be how people have interpreted it. These are just things that work for us in our current stage of life, and we were shocked to see how controversial they were!" Jaden said.

"For example, sharing location is just practical and allows us to check in on each other without having to wait on a response," she added.

Some of the couple's followers agreed with these rules saying, "I feel like these are all normal things."

Another said, "These things are controversial? Here I was thinking they’re just practical."

However, a family therapist, Kelley Kitley, weighed in on the situation saying, "Every relationship, including marriage, should have some sense of privacy — although nothing that would hurt the other person." She also agreed that their rules may be "a bit strict" for most couples. 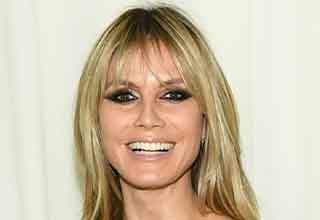