The past few days on Twitter has brought out some of the worst contradictory hypocrites known to man.

"This you?" is becoming an ever more popular way of exposing people's past opinions with a current one that often times totally contradicts themselves. This weekend, protests and riots brought out some skeletons from closets and showed that some people were opposing ideas that they themselves stood or did before.

This one woman wants to shoot looters, but was a looter herself.

Or EA now saying they stand for the African American community when they once censored Colin Kaepernick's name from a song in Madden.

Or how about this teen who claims to support the BLM movement but has said terrible things about the black community.

A female streamer by the name of Jana put out a pro BLM tweet but was caught saying to 'hold your purse' when a black person came near them.

Cause I don’t think this type of comedy is good https://t.co/T7fktlJTWn pic.twitter.com/czFZILgvH1

This one is just self explanatory.

on today’s episode of “this you?” pic.twitter.com/y6hXNQ1ZgD

Twitter was loving the amount of 'this you?' exposure that was going on, even making memes about the movement.

“This you?” Is a literally a drive by but on the internet man

“This You?” is Times Person of the Year.

Visual representation of “This You?” To “Tweets not loading”. pic.twitter.com/whQpUSImOm

No matter your opinion on the events that are on-going, we can all point and laugh at these hypocrites making themselves look terrible for all to see. 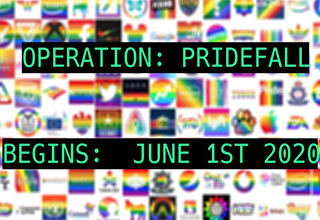