So after 5 years of stupid tweets, we did it. Billy Zane responded, and honestly he couldn't have been a cooler dude.

Kidding! You guys are awesome! Honestly never read one of these as I’m never on twitter. Thanks for your perseverance and dedication you wild men. Meet me over @billyzane and I will blank you there too for 5 years!

On Instagram I mean…See? Forgot that was my handle here too. Have a great Friday you Maverick Renegades

There you have it. Perseverance and dedication. Also 'Maverick Renegades' is my new band name.

It all started on one fateful July evening in 2016. My friend Justin and I had a few drinks, and started quoting the most obscure Titanic one-liners. As the night progressed, we genuinely wanted to know what Billy Zane had been up to. We knew he was fresh off the heels of Zoolander 2, but we wanted to dig deeper. So instead of using IMDB or Google, we went straight to the source. Here's what ensued.

@BillyZane you complete me. "....I PUT THE COAT ONE HER..." #billyzanemovement

As you can see our hashtag was born rather quickly.

Eventually our curiosity got the better of us and we had to ask. Why was he not nominated for his role as Cal in Titanic?

Back to the quotes.

@BillyZane "It's unsinkable, God himself could not sink this ship." #BillyZaneMovement

@BillyZane God, not those finger paintings again. They certainly were a waste of money #billyzanemovement

But listen, we realize Billy is a busy guy. It became clear that he wasn't going to respond to two random dudes on a whim. We called it a night.

Our mission of showering Billy Zane with compliments and appreciation hit a snag one month later. He had been active on Twitter but it seems as though we were too late.

@zacharynading ...our boy @BillyZane was getting busy on the Twitter tonight and has yet to get back to us...

Let's be real for a second, Billy Zane has much bigger fish to fry than answering two imbeciles on Twitter. So we waited...

@BillyZane what you think about an origin story for Cal?

No Oscar nomination for the role of Cal was just silly.

As the great poets Smash Mouth once said; "The years start coming and they don't stop coming." Fast forward to 2020.

Deep into the pandemic...

@BillyZane just want to say happy holidays! @JustRayAnde and I are thinking about you. Stay safe brother!

The holidays bring out the best in us.

BZ! Man 5 days till the big day. Have a great holiday season. Best to you and yours! @BillyZane https://t.co/qOecxt2eBg

Up until now we still have yet to hear back from Billy Zane. But we'll never stop bringing the support. We'll be hyping Billy until all of us are way too old to be on Twitter.

@BillyZane we miss you, man! Just checking in. @JustRayAnde and I were thinking about you, hope all is well my dude.

@BillyZane how was your 4th of July? Firework accidents are no joke…all fingers intact? Be safe out there homie. https://t.co/nYRugXd4s2

From Titanic to Robot Chicken and every cameo in between. We've got nothing but love for this legendary actor. Keep doing you, Billy Zane! 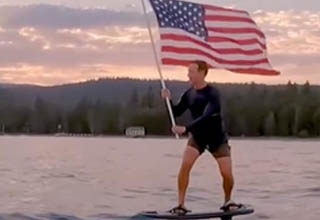