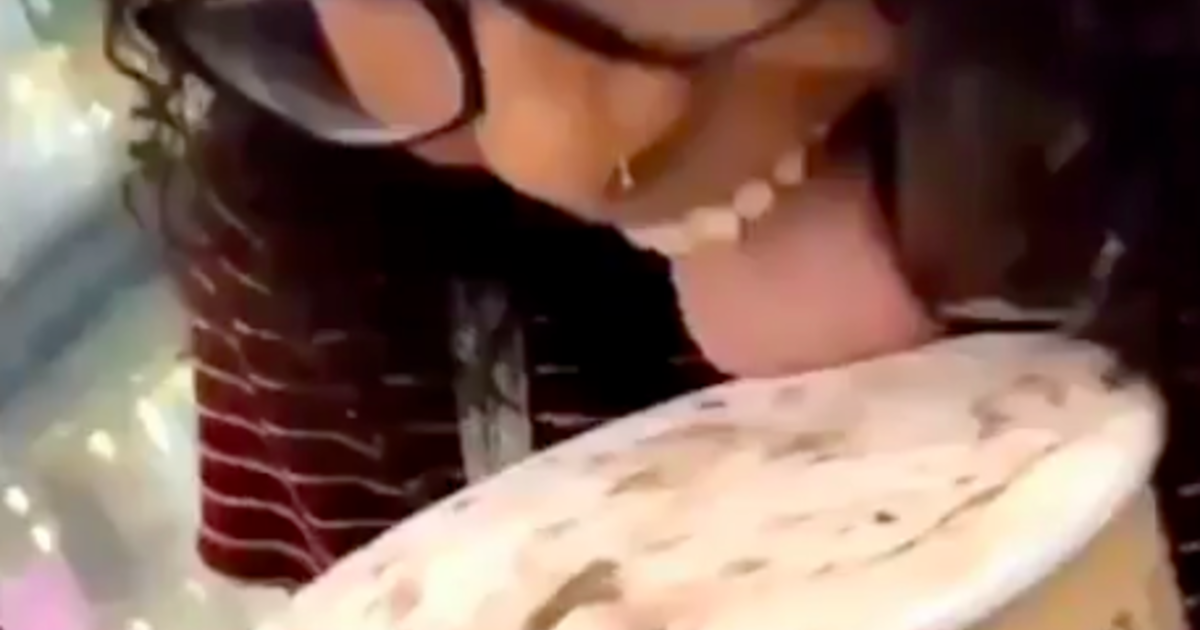 How many licks does it take to get to the center of your very own jail cell? Apparently, just one will do.

A Texas woman could face up to 20 years in prison for licking a gallon container of ice cream - prompting some online commentators to refer to as an act of bioterrorism.

What kinda psychopathic behavior is this?! pic.twitter.com/T8AIdGpmuS

The woman had a male accomplice (presumed boyfriend) who was recording her heinous act. That video clip, seen above, was eventually shared by Twitter user @BlindDensetsu, and has since amassed over 12 million views and counting. The woman has since been dubbed the "Blue Bell Licker," after the gallon of "Tin Roof"-flavored Blue Bell brand ice cream that the woman tainted.

Naturally, many Twitter users were absolutely disgusted by this act and didn't hesitate to share their feelings online.

Food tampering is an actual crime so .... pic.twitter.com/NuIvSTRyKh

Don’t do things like this on the internet if you don’t wanna ruin the rest of your life lmao pic.twitter.com/oMgrxPV505

Some users also questioned why Blue Bell isn't using plastic seals on their ice cream so that tampering like this would at least be easier to spot, if not prevented altogether.

@ILoveBlueBell seal your ice cream from now on please

⁦@ILoveBlueBell⁩ look at this heights of nastiness from this gal. Please start putting a plastic over the ice cream, so we can know if was tampered with. #bluebell #icecream #nastygal pic.twitter.com/LBchBb7OO2

Blue Bell was quick to respond and take action.

Hello! We want to thank our consumers for alerting us to the recent food tampering incident. We take this issue very seriously and are currently working with the appropriate authorities. For more information, please click here https://t.co/bs2Uaq6BiR

In an official statement on its website, the company wrote:

We have identified a Walmart in Lufkin, Texas, as the store where the malicious act of food tampering took place. Our staff recognized the location in the video, and we inspected the freezer case. We found a Tin Roof half gallon that appears to have been compromised. Based on security footage, the location and the inspection of the carton, we believe we may have recovered the half gallon that was tampered with. Out of an abundance of caution, we have also removed all Tin Roof half gallons from that location.

The Lufkin Police Department has been notified and is taking over the investigation.

The safety of our ice cream is our highest priority, and we work hard to maintain the highest level of confidence of our customers. Food tampering is not a joke, and we will not tolerate tampering with our products. We are grateful to the customers who alerted us and provided us with information.

Thanks to quick action and a little help from social media sleuths, the company was able to identify the location that the incident took place, and removed the tainted gallon, along with all the other gallon containers of that particular flavor just to be safe. Now, they're working with local authorities and using surveillance footage from other parts of the store to identify the woman and her accomplice.

VIRAL BLUE BELL VIDEO INVESTIGATION: Lufkin Police Department is investigating the viral video of a woman licking Blue Bell ice cream and putting it back in the display case.
The video hit social media June 28, launching an investigation that led from Walmart stores in San Antonio to Houston and eventually Lufkin.
Early this week social media commenters identified the woman seen licking a half-gallon of “Tin Roof” as being from San Antonio. That led San Antonio law enforcement to believe it was one of their Walmart stores. A store display case matching the one in the video could not be found.
The search then went to Houston Walmart stores after investigators learned the identified woman may be living with a boyfriend in that area. Again, a store display case matching the one in the video could not be found.
Earlier this morning, Blue Bell corporate instructed all of its division managers to see if they could identify the store location. Within an hour of the corporate plea, a Lufkin division manager called, saying he believed it was Lufkin Walmart. He based this on the store’s unique merchandising which matched the video.
At 1:10 p.m. today, Blue Bell contacted us, saying that they believed the viral video took place in the Lufkin Walmart store and that they had retrieved what they believed to be the tainted container of ice cream.
By 4 p.m., detectives had obtained surveillance video placing a woman matching the suspect description in the Lufkin store on June 28 around 11 p.m.
Detectives believe they have the woman identified and the investigation is ongoing.
Appropriate charges will be filed, according to Lufkin Director of Public Safety Gerald Williamson.
“Our biggest concern is consumer safety – in that regard we are glad to see the tainted product off the shelves,” Williamson said.
Blue Bell has removed all half-gallons of “Tin Roof” product from the Lufkin Walmart shelves.

It seems that the investigation might go quicker than they'd anticipated, however, as many users on social media were able to identify a San Antonio woman named "Asia" who fits the description of the suspect pretty closely.

I’m leaving this here as court evidence, thank you pic.twitter.com/WwMCOxybcr

This girl obviously wants to be famous for food tampering in @Walmart. Let's help her out and then LOCK HER UP! RT this so she can be found and held accountable for this sick behavior. @GMA @abcnews @NBCNews @CBSNews @CNN @MSNBC @TheView @tvonetv @BET pic.twitter.com/RLNFC9d1v8

What's truly concerning is the brazen disregard "Asia" seems to show for the safety of others, seemingly focused only on her own viral fame and even prompting others to participate in an "Ice Cream Challenge."

To make matters worse, it appears that "Asia" also bragged on her (now-deactivated) Instagram that she had the flu at the time of the incident, joking that the ice cream should now be called "Flu Bell."

@ILoveBlueBell please note that your legal counsel should file charges against this person for affecting your company's profits & opened you to liable issues As she may have started a viral outbreak of the flu. Which were her intentions. LOCATION SAN ANTONIO TEXAS.

It should be noted that this incident is reminiscent of the now-infamous clip of singer Arian Grande doing something very similar at a donut shop a few years ago - and faced virtually no consequences for her actions:

Ight so lemme just get this straight, a black girl licks the top of some Ice Cream and all of the sudden she’s facing real jail time, But ain’t nobody make that big of a deal when Ariana did it with some donuts, Wonder why pic.twitter.com/NJ324HaKSV

Didn’t @ArianaGrande lick donuts at a shop & put them back? They’re both hella disgusting.

While the evidence against "Asia" certainly looks bad, it should be noted that an official investigation is still underway and we should definitely let the professionals handle this, as there are apparently some copycat accounts floating around as well. 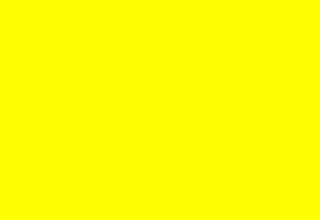 NEXT ARTICLE Why is Everyone Changing Their Profile Picture to Yellow