Antoine Dodson changed the way we see news clips after he went viral for warning his neighbors in Alabama to "hide your kids, hide your wife...'cause they raping everybody out here."

And since this week marks the 10th anniversary of him going viral, we decided to see what the hell he's been up to.

That clip, remixed into the "Bed Intruder Song," would go on to become certified platinum by the Recording Industry Association of America and set Antoine up for a life of weird internet fame.

Seems almost dumb that saying one thing on the news could launch an entire career, but we've seen far dumber things happen.

According to a 2015 interview, Antoine started acting in commercials and making paid appearances only one month after his clip went viral.

Except his singing and dancing abilities leave something to be desired.

He also started mainlining religion after becoming famous and decided he was no longer gay after realizing the Bible condemns homosexuality.

God may have made him famous, but God didn't make him a symbol for wokeness that's for sure.

Some time after that he decided to enter an MMA-style fight, only to get knocked out in the first punch.

So if you ever wanted to see footage of this guy getting whopped, here it is:

Most recently, he's been acting in commercials for an Alabama real estate company called Hyde Homes, telling people to "hide your family in a Hyde Home".

The cleverness is killing me.

That's something we can all be thankful for.

And if you're wondering whether this man caught COVID-19, the answer is mostly likely yes.

Bish they got me #covid19 #coronavirus shyt is getting real

Catch up on more idiots you forgot about right here. 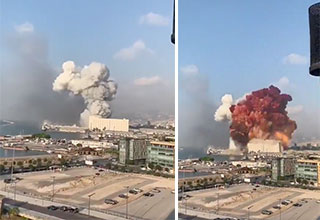 NEXT ARTICLE Insane Footage From the Massive Explosion in Beirut, Lebanon