Oh, Ticketmaster. I remember a time when I actually enjoyed buying things from you. The excitement and anticipation of receiving physical tickets in the mail. The satisfaction of holding onto a stub after it's been ripped at the venue entrance. But that was long before the price gouging, phantom fees, bots, and never-ending queues.

Ticketmaster might be the WORST company on the planet. pic.twitter.com/LcZob7Ba2V

Ticketmaster was founded in 1976. Since merging with Live Nation in 2010, things have seemingly only gotten worse. From ill-timed error messages, to incompetent customer service...

Ticketmaster just can't seem to get it right. Oh you thought you were going to wake up early, grab some coffee, and sit down just in time to click refresh and get those summer concert tix you wanted? Think again.

me when i have
2000+ people
in front of me in me when i
the ticketmaster finally get
queue tickets pic.twitter.com/HkDwXoMX4m

This isn't new for Ticketmaster, mind you. They've been the lowlife Uncle of the music industry for some time now. Scamming and swindling their way into our wallets. In case anybody needed a refresher course on their "service" fees...

At a certain point you're going to have to stop saying the tickets cost $20. pic.twitter.com/ydX2xNO2JD

Amen. Granted there are alternative apps out there such as TickPick who claim to have no hidden fees. But if you're looking for the best tickets to see your favorite artists, unfortunately you probably have to go through Ticketmaster.

We're living in 2021, and you're telling me there's no way to prevent scammers and scalpers from claiming every ticket the second they go on sale? Come on now.

Let's be clear. This doesn't impact Taylor Swift. This doesn't impact the New York Islanders. This impacts the small theater companies, indie bands, and up-and-coming artists just trying to get people in the seats. The last thing they need is Ticketmaster taking a chunk out of their ticket sales.

I could go on and on about this mess, but for now I'll leave you with this incredibly ironic statement from Ticketmaster's twitter account. Bro...you have one job.

We are aware that there are issues with the site and apologize for any issue you may be experiencing. We are urgently working to resolve. 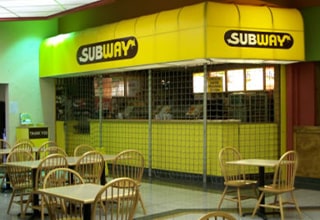