The world is full of people with a fanatic view on the world, their view narrowed to their own ideals (often indoctrinated by their society). There's a bunch of groups that are so fanatic in their ridiculous attempts at trying to force their views onto people, it's hard to tell whether it's hilarious or sad.

I've covered this topic many times during the US elections. The Ron Paul hysteria should be documented by psychologists, because the way how the fanatics devoted Ron Paul, their mentor, were forcing his views into the media is amazing. There's no place for argumentation when you try to engage a Ron Paul fanatic and learn what Ron Paul is about. If you won't agree that Ron Paul is the greatest presidential candidate and that the government is being ruled by Them, who won't let Ron Paul speak, you'll be called a communist sheep that's being fed by the government, a drone, someone who doesn't know what's going on. Only Ron Paul can save America - by legalising marijuana, setting petty criminals free from jails (because too much money goes to the penitentiary system), kicking immigrants out of the country, getting the troops out of any mission that's not border patrol in USA. A Ron Paul fanatic is gonna spam the shit out of youtube, your email, comments on any forum or website. They'll spam propaganda clips for free. They'll devote their time to argue with everyone who doesn't think Ron Paul should get elected. 99.9% of them are junkies who want pot legalised.

Not to be confused with agnostics (people who don't believe in God), atheists are most often the biggest losers of the society - people too stupid to finish high school, or working shitty jobs. When they hear you're religious, they're usually gonna try to project their misery on you. Atheists are the loudmouths trying to tell people why they thing God doesn't exist. They are so persistent, their attempts at nagging about religious people quickly become the reason why nobody wants to talk to them or ignores them.

Consisting mostly of air-headed sluts who want to feel important, this group often tries to justify being an exhibitionist whore as a happening to save animals. The activists suffer from daddy issues and other mental states that compell them to go out and fight for a cause. Like saving foxes and shit. What better way to strip in public, because you're not some perverted whore - you're doing it for the animals. 99% of the Anti-fur activists are also...

You eat meat? Or even eggs? Those weren't meant for you! Did you know that you can replace beef with bean? You're killing animals! You're eating animals, you murderer!!!!!!

Man, you have no idea, man. Pot is great for your health, man. It let's you focus and see things better, man. Man, they should legalise pot, I'm telling you, man. After they legalise pot, man, the crime rates drop, man. You can smoke and drive, man, pot is not alcohol, man. It's not like you have slowed reflexes, man. You see in slow mo, man. It helps you, man. They legalised pot in Holland, man, and the number of people arrested for dealing pot dropped to zero, man. Legalising pot helps stop crime, man. Vote Ron Paul.

Everyone should follow a healthy diet, but some people take it much too far. It's usually people who used to be fat who at some point decided they should lose some pounds. The process damaged their brains, though. Even though they are normal now (aren't fat anymore), they fear gaining even one kilo. They keep telling people how much calories their meals are. They eat the same disgusting tasteless shit every day because it won't get them fat. When people eat a delicious hamburger or a pizza, they freak out and act like you're eating poison, even though you look slimmer than them. Of course, the fact that you can eat junk food from time to time or that some high calorie food is healthy to you if you are active (even if you prefer walking the stairs over taking a lift) is no argument to them. They can't touch that stuff, meaning they don't enjoy their food anymore and instead of focusing on the taste, they count the calories. They are the least pushy from the list, but their constant talking about what's healthy for you pisses off even the most patient people.

These people are certain that the world is rules by a group of people who want you to do things and not know "the truth." Meaning? The aliens contacted the US president and the government is hiding this from us. The banks are a lie. You need cash or gold, something they won't take away from you with a snap of fingers. Gun regulations? The government is gonna send agents to my house and I won't be able to defend myself! Satellites in the sky! Can you hear them? No? They placed a chip in my head. My cousin was abducted by aliens. He found a piece of metal under his skin. They can trace you. Keep a sheet of aluminium foil in your pocket in case there's a psionic around you. They can control your mind. When you're taking a bus, be sure to think of a brick wall, some people can read minds. The presidential election is a hoax, they don't count the votes. There's people who learned the truth and they go to jail. Julian Assange? They tried to turn this man into a rapist! Why did they arrest him? For telling the truth? Obama! He's a puppet! Ron Paul Revolution! They know Ron Paul would stop their evil-doing, so they didn't show him on TV, unless they ridiculed him. You think I'm a lunatic? We'll see if you laugh when the space people come to take you to the work colony on Jupiter the government is trying to hide! 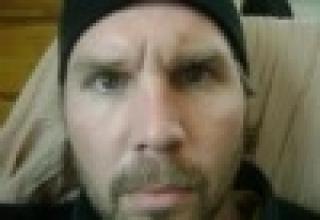 NEXT BLOG How to Get Out of Jury Duty