Would you kindly explain how bauman(legs blown off guy) got that soot all over his face that is clearly visible in all the pictures of him being wheeled away? We know for a fact it couldn't be from the bomb, as all the pictures show his face is clearly soot free immediately after the explosion. How did his face get so dirty between laying on he ground, after the explosion, and his being wheeled away? Or how the vinyl banners that covered the area where the "shrapnel" bomb went off(you can clearly see they are cloth like vinyl if you look at enough pictures) and was no more than ten to fifteen feet from where a shrapnel bomb that tore both the legs off a of man, did not poke A SINGLE HOLE IN THE VINYL BANNERS? If you look at the video from the angle looking at the banners as the bomb went off behind them(that block the view off all the "victims" until they are taken down to reveal the wounded to all the cameras and bystanders that are not involved) NOT ONE SINGLE PIECE OF SHRAPNEL TORE A SINGLE HOLE IN ANY OF THEM EVEN THOUGH THEY WERE WITHIN A FEW YARDS OF WHERE BOTH A MANS LEGS WERE TORN OFF BY THE SAME SUPPOSED SHRAPNEL BOMB. I'm hoping that you won't respond by offering no reasonable explanation to either of these questions,but instead that you attack my character rather than address the points I've made. Your doing so rather than addressing the points I've made is a logical fallacy known as an ad hominem attack. To do so would prove nothing except that your "logic" is flawed and you have no real argument, So please refrain from doing so. Thank you in advance for your civility in being as polite with me as I have been with you, in spite of the fact that we disagree on a very serious issue, And for your willingness to follow the rules of logical thinking and not waste anyone's time with a response that proves nothing but your lack of respect for others and your lack of any valid point at all and your willingness to put forth a logical fallacy in regards to a matter that deserves better from all of us, I truly look forward to hearing any and all valid points you have to make to help me, and hopefully yourself as well as anyone else that cares enough to read this,determine the truth as to what really occurred in Boston on the day in question.. That is my, and I would hope everyone's, ultimate goal in engaging in this line of discourse in regards to these events. 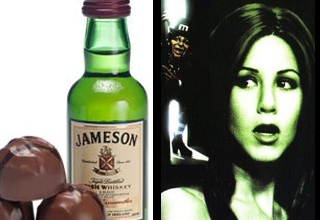